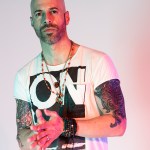 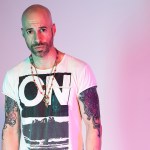 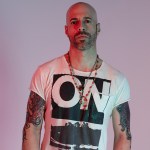 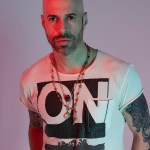 Daughtry released ‘Cage To Rattle’ in August, & one of the songs is incredibly special to frontman Chris Daughtry for the most beautiful reason. He tells HL the touching story.

Chris Daughtry won our hearts on American Idol in 2006, and he has captured it once more with the stunning story about his new song “As You Are” on the Daughtry album Cage To Rattle. When explaining the process of creating the new album, Chris told us on the HollywoodLife podcast, “There’s some songs on this record that were written in 2015, so there’s some old stuff, like one I wrote with my wife is the oldest song on the record. It’s called, ‘As You Are,'” he said. “That’s the one you need to listen to.”

Chris went on to say that his wife of 18 years, Deanna, approached him years ago with lyrics she wrote and his dismissed her. “It was like, I write the songs in this house. It was terrible I had that ego about it,” he explained. “So, fast forward, years later,  she brought me these lyrics and I was in the kitchen, and I was like, I’m not going to dismiss this. I’m going to learn my lesson here and I’m going to read these. I started crying. Like, it affected me so hard,” Chris said of his wife’s lyrics. From the few words she wrote down, Chris finished the song that eventually became track 4 on Cage To Rattle, “As You Are.”

“I didn’t show it to her until I was finished writing it. She bawled and it was a pretty special moment. It’s about accepting everything about someone. It’s about everything. It was a pretty amazing connection,” he revealed. “She has a way with words and writes these things down. I take the pieces of the puzzle and start to put it together.” Now that is a healthy relationship — filling in each other’s blanks and loving each other ‘as you are.’ Make sure you listen to the full HollywoodLife podcast and get Daughtry’s new album!