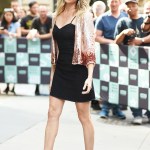 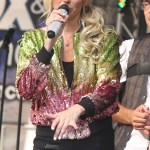 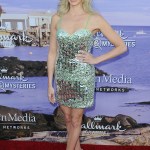 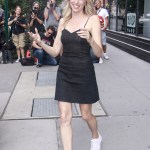 If you’re an 80s kid, you’re going to love this — New Kids On The Block is heading on tour, and bringing along some special guests, including Debbie Gibson! Here’s more to know.

New Kids On The Block is hitting the road in 2019! The boy band is back together again and will be embarking on the Mixtape tour next year. They’ll have some other singers from their era on the road with them, too: Debbie Gibson, Salt-n-Pepa, Tiffany and Naughty By Nature are all on the bill1 The tour kicks off on May 2, 2019 in Cincinnati and will take the singers across the United States before wrapping up in Florida on July 14. It’s certainly to be a BUSY three months! Get to know tour mate Debbie Gibson better here:

1. How did she get her start? Debbie spent years writing and producing her own music. Finally, in 1986, a radio personality passed her demo along to Atlantic Records, and she was signed to a development deal. While attending high school, Debbie wrote songs and played in local clubs. Her first song, “Only In My Dreams,” earned a spot in the Billboard Hot 100, and Debbie was given a record deal. Her debut album, Out of the Blue, was released in 1987. She has since released nine albums all together, along with several compilation records.

2. She has a Guinness World Record. At 17 years old, Debbie became the youngest artist to have written, produced AND performed a song that got to No. 1 on the Billboard charts. The song was called “Foolish Beat,” and she remains the youngest female artist to ever accomplish this feat.

3. She’s done Broadway. Debbie made her Broadway debut in a production of Les Miserables in 1992. She then starred in a West End production of Grease in the UK, and toured with the production in the U.S.  She has also starred in Beauty and the Beast, Cabaret and more on Broadway.

4. She’s done a lot of reality television. If you didn’t grow up listening to Debbi, you might know her from her various stints on reality television. She competed on Skating With Celebrities in 2006, but was the third voted off. Then, she competed on season five of Celebrity Apprentice in 2012, but was fired after the seventh task. In 2017, she competed on season 25 of Dancing With the Stars, partnered with Alan Bersten. Unfortunately, they were the second team voted off.

5. She’s never been married. Debbie has been in a longterm relationship with Rutledge Taylor since 2008, but they never got engaged or married. She was previously married to Jonathan Kanterman.