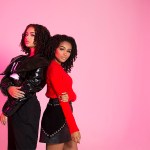 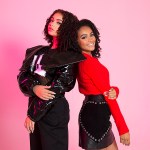 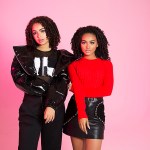 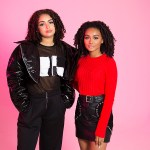 Devenity Perkins is stunning in the role of Morgan in ‘Total Eclipse,’ & she revealed that her character will be opening up a bit more in season 2!

Total Eclipse takes you through the bullying, escapism and self-acceptance we all experienced growing up. In the Brat network series, Devenity Perkins plays the quiet Morgan, who is a member of the mean girls group that bullies main character Cassie (Mackenzie Ziegler). “It centers around Kenzie, who is one of my best friends, and in the show she’s very quiet and gets pushed around a lot,” Devenity explained in an exclusive interview with HollywoodLife.com. “I play a mean girl, but she also gets pushed around a lot. Diana is the Queen Bee, she tells everyone what to do and how to be.” You know the type? Same.

As the show goes in to its season 2, Devenity revealed that Morgan is developing as a character. “In Season 2, I open up a lot more, I get a little more sassy, so that’s great!” she exclaimed. “I’m excited to have more personality in this season, she’s amazing, so proud of her.” Devenity, who is 15-years-old, came to fame when she and her sister, Daniella, 18, created dance videos on Musica.ly. Now, in addition to her acting, she’s setting her sights on a blooming music career! “I love my music. I like writing, that’s my favorite thing. Writing and expressing myself on a song that other people can relate to,” Devenity explained. She currently has a mix of inspirations from Travis Scott to Bhad Bhabie to John Mayer. “I love hearing emotions in songs. You can tell they actually mean it. That’s what is inspiring to me,” she added.

If you miss the Perkins Sisters’ videos, don’t worry! The ladies both said they’d be back on the ‘gram and YouTube to give you some amazing content soon! “We’re coming back to Perkins sisters. We’re gonna start making videos again together,” Daniella said. “Yes, we really want to!” added Devenity. We can’t wait to see!