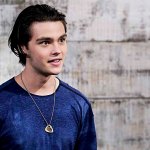 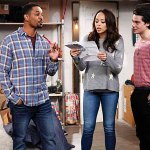 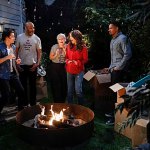 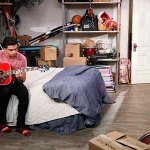 ‘Happy Together’s Cooper James may be loosely inspired by Harry Styles, but star Felix Mallard told HollywoodLife EXCLUSIVELY that he was able to ‘build the character’ from the ground up.

Happy Together premieres Sept. 8 at 8:30 p.m. on CBS. The show follows a happily married couple named Jake and Claire, played by Damon Wayans Jr. and Amber Stevens West, who end up taking in massive superstar Cooper James as he seeks refuge from the paparazzi after a high-profile breakup. Cooper James is played by the charming Felix Mallard in his first American TV role.

Felix hails from Australia, and he told HollywoodLife at the 2018 Television Critics Association summer press tour that coming to America and auditioning was “always the next step. I came here in January, and I set a return date. It was April 18, two days before my birthday.” He told himself that if he didn’t get anything before then, he would go home. “I was lucky. I was here for two months, and this was the one that stuck,” he said.

Harry Styles serves as an executive producer on Happy Together, which is loosely based on when the One Direction singer crashed with producer Ben Winston for almost two years. Felix recalled the first time he heard from Harry about the series. “When I was deciding to do the show, Ben said, ‘Can I just give you a call?’ I put my producer hat on and got ready to talk about why and why not,” he said. “Twenty minutes later, I get an unknown phone number, and I thought it was Ben. I click on and it was Harry. I was terrible. He was like, ‘Yeah, we really like your stuff, and we hope you come on board.’ That was crazy.”

While Harry and Cooper have their similarities, Felix stressed that Cooper is not a replica of Harry. “After his world tour, he came and visited the set. He really cares. Quite obviously, he’s a busy boy, so he’s not on set much because he’s been doing his world tour,” Felix said. “In terms of the character, everyone’s been asking if I’ve done a lot of research and that sort of stuff, and the truth of it is, Cooper is not Harry. I didn’t watch any videos of him, I didn’t do research on him because Cooper is his own person, and I really enjoyed being able to build that character for myself.”

The show will focus on Damon, Amber, and Felix’s characters “becoming a family and Cooper really relishing being in an ordinary life with ordinary people.” Felix added: “He’s not happy all the time. He’s got a lot to love and to be happy about. There’s a lot of other things as well. He’s a real person. He feels all the same things as everyone else does.”

Felix gushed about being able to work Damon and Amber, who’ve starred on hit comedies like New Girl, Happy Endings, and The Carmichael Show in the past. “I’m so lucky I get to work with such consummate professionals,” he told HollywoodLife. “They’re so good at what they do and so inclusive. They’re so wonderful, and I feel like I’ve known them for years when we’ve only been working together for 6 months.” Happy Together also stars Stephnie Weir, Victor Williams, and Chris Parnell.