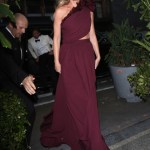 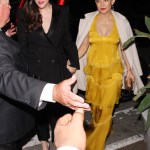 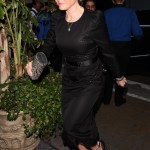 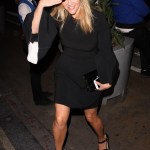 There was no doubt that Gwyneth Paltrow and Brad Falchuk’s wedding this weekend would be a star-studded affair! Cameron Diaz, Benji Madden & more were in attendance to celebrate the happy couple!

Several celebs made their way to the Hamptons this weekend to witness Gwyneth Paltrow marry American Horror Story producer Brad Falchuk in an intimate ceremony. Of course, with Gwyneth being an award winning actress, this was a star-studded fete with guests such as Cameron Diaz, Cameron’s husband (and Good Charlotte star) Benji Madden, and Steven Spielberg in attendance. Gwyneth’s mom, Blythe Danner, is also on the list of celebrity attendees, as well, as she’s an award-winning actress, herself.

Jerry Seinfeld, who hosted Gwyneth and Brad’s rehearsal dinner at his nearby Hamptons home, was one of the first guests seen arriving. Gwyneth’s Iron Man co-star, Robert Downey Jr., was seen driving up to the private locations, according to People. Rob Lowe actually got a selfie with the Hollywood icon, posting the pic of himself with Rob to his Instagram. “Nothing beats a great night with an old friend,” he captioned the picture. “RDJ, I luv ya.” Rob also geo-tagged the pic in East Hampton, cluing people as to where they were.

Gwyneth reportedly wanted a very private wedding, which seems impossible considering the names on the guest list. Still, despite the media finding out, it turned out to be a fantastic ceremony “It was gorgeous — the most beautiful wedding I’ve ever seen,” Gwyneth’s mother, Blythe, told photographers while taking a stroll on Sept. 30.

It was no surprise that celebrities would be on the A-List guest list for Brad and Gwyneth’s nuptials, as the couple’s 400-person engagement party in April was also a party filled with their celebrity friends. Hosted by Ryan Murphy, many believed the evening was actually Brad and Gwyneth’s wedding, but it turned out to be just a major celebration for the happy couple. Jennifer Aniston, Julia Roberts, Demi Moore, Reese Witherspoon and more celebrated the couple that evening, which was clearly just a preview of the fairytale wedding! Also in April, Gwyneth celebrated her engagement with girlfriends Nicole Richie, Rachel Zoe and Cameron Diaz, who was spotted shopping around NYC in the days leading up to this weekend’s wedding.

Congratulations to the happy couple, Gwyneth and Brad, on their marriage!