Whoops. While Kyle Richards left a party in Los Angeles, the ‘Real Housewives Of Beverly Hills’ star suffered a fashion fail and flashed everyone the breast tape keeping her dress in place.

In the history of wardrobe malfunctions, what happened to Kyle Richards, 49, on Sept. 27 is not the worst. Still, anyone who has ever used double-sided tape in order to maintain proper “coverage” probably sympathized with the Real Housewives Of Beverly Hills star, as she flashed a little bit of “boob tape” while exiting a party for Anastasia Beverly Hills at Delilah in West Hollywood, per Daily Mail. The aunt of Paris Hilton wore a black dress with diamantes all over it, but sadly, a bit of tape used to keep her ample “assets” from spilling out was visible.

In addition to this, it seems there was a streak of powder on her forehead, but overall, she looked fine. The hot pink pumps she picked for the night were pretty fierce, and perfect for the party. The Anastasia Beverly Hills event was hosted by Kris Jenner and Kim Kardashian, two women who know a thing or two about boob tape (and wardrobe malfunctions.) Kyle thanks her hostesses in a wild shot from inside the party.

“Too much fun last night at @krisjenner’s and @kimkardashian’s party for @anastasiabeverlyhills,” Kyle captioned a social media snap of her dancing on fashion designer Michael Costello. Maybe that’s how that boob tape got loose? If you’re going to suffer a wardrobe malfunction, might as well have some fun first. 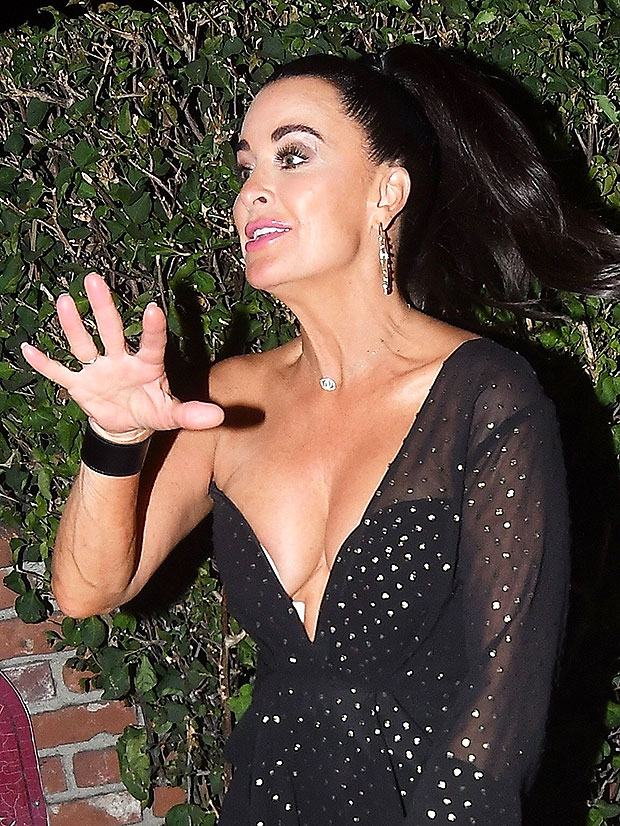 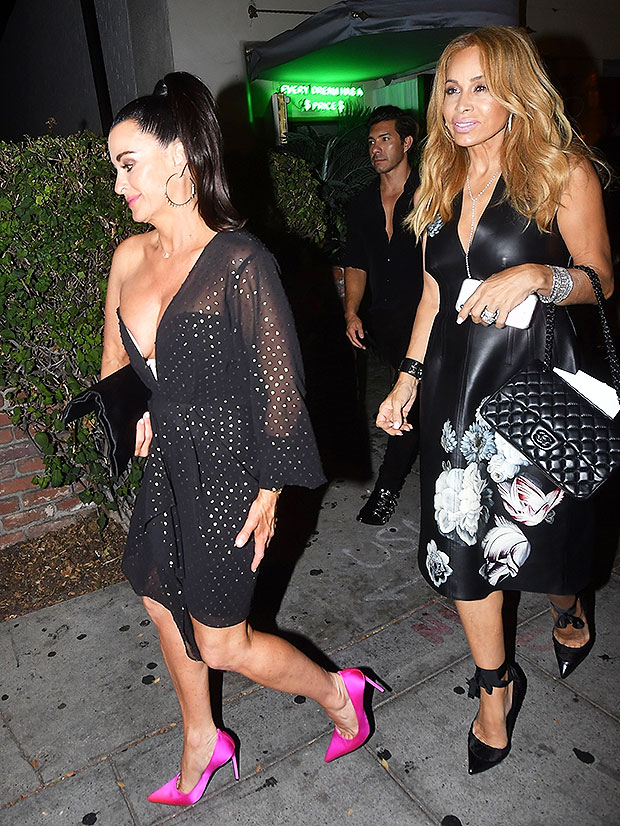 It’ll take more than a little bit of exposed boob tape to scare Kyle. The actress got her start in horror flicks like The Car, Eaten Alive, and most famously – the original Halloween. With Jamie Lee Curtis, 59, returning to the franchise to take on Michael Myers one more time, is Kyle going to return as well? Sadly, no. “Originally they had asked me to be involved with that a while back … and then this time they said there wasn’t like a role in it or whatever,” she EXCLUSIVELY told HollywoodLife.com in 2017. Kyle played Lindsey Wallace in the original film, and it would have been great to see her in the new movie. “I would have really loved to be a part of it and I am disappointed that I am not because next to the Housewives, it is probably the number one thing I am asked about.”