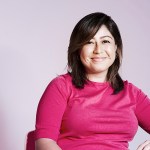 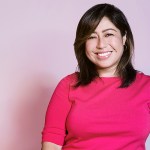 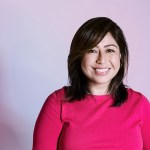 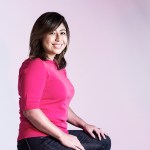 Cristina Jiménez co-founded United We Dream to fight for justice for immigrants. By casting your vote in the midterm elections, you can help support her community & so many others who don’t feel represented in Congress.

On National Voter Registration Day, it’s more important than ever to be sure you are registered to vote in time to make a difference this November in the ultra-important midterm elections. Since Donald Trump took office, the America we thought we knew changed dramatically, and communities throughout the country feel disenfranchised and unwelcome. That is certainly true for hispanic communities across the United States, and Cristina Jiménez, the founder of United We Dream, has made it her mission to ensure they are treated fairly. From helping reunite migrant children who were separated from their parents at the border, to staging a walk-out at a Texas school after a student was wrongly put in an immigrant detention center after reporting he was bullied, Cristina’s fight for immigrant right has been empowering, and is far from over. While she is a green card holder and unable to vote, she shared with HollywoodLife.com why it’s so important for YOU to vote.

“Many of our siblings, family members and friends and people in our communities can vote and so, for us, it’s been really critical to share how important it is to make sure that you march, you call your member of Congress and that you also vote, while thinking of all of us, and also thinking about the kind of country we want to build where everyone, including people like my own family and immigrants, can live without fear and thrive in this country,” Cristina told HollywoodLife in an EXCLUSIVE interview. “We are in a very defining moment,” she continued. “By voting, we will make sure that as women, as young people, as immigrants and as members of our community, we can have policies in place in our communities where ICE agents are not able to terrorize our families, where children are not separated from their families, where we can actually have a pathway for people like my own children to be able to apply for citizenship and to be able to live without the fear of deportation.”

In 2008, Cristina co-founded the organization United We Dream, the largest immigrant youth-led organization in the country, for which she now serves as the Executive Director. She and her family immigrated from Ecuador when she was 13 years old, and, growing up undocumented, she had a constant feeling of fear and loneliness. “When we created this space of United We Dream, I all of a sudden went from feeling really fearful to feeling like I have a voice and I can do something,” Cristina revealed. “I identify and connect with the experience of young people who feel invisible and who feel maybe ashamed of who they are, whether you’re an immigrant or a young person of color or LGBTQ. I want every young person to feel like they have a community, like they belong, that they’re loved and that they’re enough and that they have power, that they can create change.”

You can take a step in creating that change, as Cristina pointed out, by voting in the midterm elections on Nov. 6th. Use the module below to register to vote via Rock The Vote, and get to the polls on Nov. 6! To get involved with United We Dream, visit this link and learn how you can make a difference.

Cristina Jiménez was named to Forbes’s “30 under 30 in Law and Policy;” She has also been named one of “40 under 40 Young Leaders Who are Solving Problems of Today and Tomorrow” by the Chronicle of Philanthropy; and one of “50 Fearless Women” by Cosmopolitan. In October 2017, she received the prestigious MacArthur Foundation fellowship, and was named on the 2018 TIME 100 list for her work with immigration and hard fight to stop deportations.