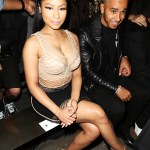 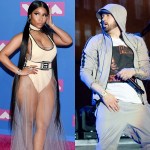 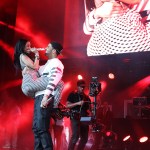 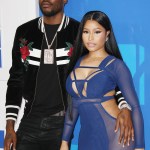 Now that Nicki Minaj been able get super close with notorious racing playboy Lewis Hamilton, we’ve got details on how far the two plan to take their romance.

Has Barbie found her Ken? For the second time in a month Nicki Minaj, 35, was publicly spotted with hunky British race car driver Lewis Hamilton, 33. First they were together at New York for Fashion Week and now they’ve taken their possible romance overseas on a trip to Dubai. They were caught exiting a hotel elevator together on Sept. 24 after Nicki flew in following the Versace show at Milan Fashion Week.“It’s early days for Nicki and Lewis, so she doesn’t want to jinx anything by saying they’re dating, but they’re definitely getting close. There was an instant attraction between them the first moment they met, but neither of them wanted to jump straight in to anything serious, so they’ve been taking their time and getting to know each other,” a source close to Nicki tells HollywoodLife.com EXCLUSIVELY.

The handsome Brit’s dating history is almost as storied as his racing career, as he’s been involved with beauties including Nicole Scherzinger, Rita Ora and been linked to models Winnie Harlow and Barbara Palvin. Nicki though is on a much bigger level of fame and would be quite the score for Lewis. “Nicki is super into Lewis though, she adores his cute accent, and loves how successful and confident he is. Lewis has definitely got enough swagger to keep Nicki interested, now it’s just a case of them making the time to be together as they both have crazy insane schedules,” our insider continues.

A second source tells us EXCLUSIVELY that a serious relationship isn’t in the cards yet due to their insanely busy schedules, but they are having a good time together. “This is at best a work in progress to be a relationship because Lewis definitely loves his freedom and loves to date beautiful women so for him to settle down is not something he is exactly interested in, but he does like Nicki,” the insider tells us.

#TSRExclusive: #NickiMinaj spotted out in #Dubai with #LewisHamilton 👀 Y’all here for this?

“Their schedules and his eyes on many women may thwart this from becoming an official thing, but they are definitely enjoying their time together when they have it. Its more of a friends with benefits type of situation over anything else. But never say never for something to develop into something more down the line, but nothing super soon. They seem to get it that they both just want to have fun,” our insider adds.

On Sep, 24, Nicki posted Instagram pics and video of her racing around the Abu Dhabi desert sand dunes on massive ATV. Hmm, who could have taken the video? Since Lewis is a race car driver he surely would be up for a spin around the sand. We’ll just have to see if he ends up liking the posts the way he did by liking a sexy Instagram photo Nicki posted on Sept. 21 with the cute comment “Oh hey.”