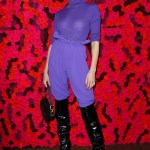 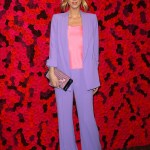 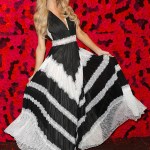 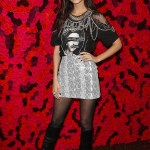 The looks were hot at Tommy Hilfiger’s NYFW party, but Nicki Minaj and Lewis Hamilton’s chemistry was hotter! Are they dating? See pics of them sneaking off to dinner here!

Nicki Minaj‘s week seems to be getting a lot better. Days after avoiding a shoe to the face, the “Chun-Li” rapper was spotted cozying up to hot Formula one racer Lewis Hamilton on September 10! The two connected when Nicki attended the wild launch party for his NYFW Tommy Hilfiger x Lewis Hamilton collection at New York City’s Public Hotel. After spending time together at the rager thrown at the hotel’s club, Public Art, Nicki and Lewis escaped together for dinner!

Paparazzi spotted them arriving at Italian restaurant Carbone, then leaving together while sharing an umbrella on the rainy, chilly evening. How cute is that? SEE PICS OF NICKI AND LEWIS AT DINNER TOGETHER HERE. Now, that isn’t any confirmation that the two are dating, but Lewis was surrounded by tons of beautiful women at the Tommy Hilfiger party, like Winnie Harlow, Karrueche Tran, Gigi Hadid, and Hailey Baldwin –but he only went to dinner with Nicki!

Lewis spent the party “wedged in a booth” between Nicki and Tommy Hilfiger, according to our sister site, WWD, and they looked oh-so cozy! Something kind of awkward may have put a damper on the night, though. Nicki’s enemy (one of them), Travis Scott, appeared as the party’s surprise musical guest! He played a 30 minute set before disappearing into the night. Did Lewis whisk Nicki away to dinner so she didn’t have to deal with the awkwardness of being in the audience of an impromptu Travis show? What a keeper!

Previously, Lewis dated Nicole Scherzinger, and was linked to Rihanna and Chanel Iman. And, come on, we all know who Nicki’s dated before! We can’t wait to see where this maybe-relationship goes!