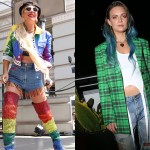 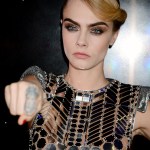 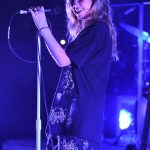 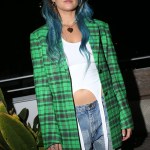 Bi Visibility Day is today, Sept. 23! Celebrate with us by clicking through our gallery and reading what out and proud celebs have said about being bisexual!

Happy bi visibility day! Today, Sept. 23, is all about recognizing and celebrating the bisexual community, so we decided to honor this holiday by highlighting some of the inspirational celebrities who’ve proudly opened up about being bisexual.

Whether through interviews, tweets, or songs, stars like Megan Fox, Bella Thorne, Halsey, and Lauren Jauregui have all opened up about their sexualities in their own ways and on their own terms. Megan confirmed that she was bisexual in an interview with Esquire. “I think people are born bisexual and then make subconscious choices based on the pressures of society,” she explained to the magazine in 2011. “I have no question in my mind about being bisexual.”

Bella took a much different (but equally valid) approach. After photos surfaced online of her kissing a girl in 2016, a fan asked her on Twitter if she was bisexual. The Famous In Love star simply replied back, “Yes” and that was that. Earlier this year, she took to the social media platform once again to speak candidly with her fans about her experiences. When someone asked her for advice on coming out to friends and family, she warmly responded, “Honesty and bluntness. You can’t hide who you are forever and be happy. be strong boo.”

Honesty and bluntness. You can’t hide who you are forever and be happy. 💍 be strong boo https://t.co/y1R8Jb38Oz

Halsey and Lauren have both spoken publicly about their sexualities, but have also worked on music together that reflects their experiences with dating both men and women. The pair teamed up for Halsey’s track, “Strangers,” about a relationship between two women.

“I was thinking to myself, if I want this song to be believable, it needs to be real, so I’m not going to put a girl on the song to sing who’s straight,” Halsey said in an interview with Zach Sang, adding, “It’s really cool because i’m bisexual. I just love that Lauren and I are two women who have a mainstream pop presence doing a love song for the LGBT community, it’s unheard of. It’s very rare to see it from a female perspective.”

These are just a handful of celebs who’ve spoken out about being bi. Check out our gallery for more to see even more stars who are proudly part of the bisexual community!