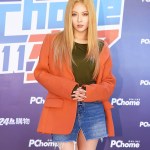 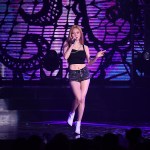 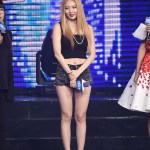 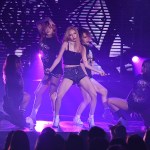 Just over a month after HyunA and E’Dawn confirmed that they’re dating, the K-Pop stars have been let go from their record label, Cube Entertainment. Read the statement here.

“Cube Entertainment has decided to remove HyunA and E’Dawn [from the company,]” the record label announced in a statement on Sept. 13. “When managing our artists, the company has worked with faith and trust in each other as the main priority. After much discussion, the judgement was made that it is not possible to recover the faith with the two artists HyunA and E’Dawn, so their removal has been decided. We sincerely thank the two artists and their fans who have been with us until now.”

This shocking announcement comes just over a month after HyunA and E’Dawn, who are both part of the group Triple H, confirmed to fans that they’re in a relationship, despite previously denying it. “I really wanted to be honest,” HyunA wrote on Instagram Aug. 3. “For the fans who always support me and watch over me, I want to work hard on stage with a happy heart, with nothing to hide, as I always have. Thank you, and even though it’s really not enough just to say I love you, I have no other way of expressing it.” Rumors of a romance between HyunA and E’Dawn began back in 2016, so this confession was a long time coming.

Fans were completely shocked by the announcement by Cube, and took to Twitter to air their anger over the news. “Lol without hyuna, CUBE is nothing,” one person wrote. “This whole deal is absolutely disgusting,” another added. “They came out as a couple so people could see them as honest people and instead they have met nothing but insults and now this? A company may be about profit but they also have to protect their artists.”

Every fandom in kpop is literally defending Hyuna and EDawn and how every one of us adores Hyuna and treats her as a Queen. That Queen. And Cube dares to disrespect her?! Heol

All about Hyuna and E'Dawn breaks my heart but this is a call out to agencies in general. STOP USING THE CONCEPT OF "MY FANS ARE MY GIRLFRIENDS, I'M MARRIED WITH MY FANS", and things like that. They're idols and they love their fans yes, but not in a romantic way (STOP PLAYING +

While Cube Entertainment did not say that the pair’s relationship is the reason they were fired from the company, it is “frowned upon” or K-pop singers to date publicly, according to Billboard. Romances often have a negative impact on the singers’ careers and public images, which is why they are mostly kept on the DL.

HyunA and E’Dawn have not commented on Cube Entertainment’s decision to let them go.