CT Tamburello is a married man! The Real World star, who is currently starring on MTV’s The Challenge: Final Reckoning, tied the knot with Lilianet (Lili) Solares in Miami on Sept. 8, MTV News confirms. The happy couple said their “I dos'” in front of family and friends, including some familiar faces from the MTV family. Cara Maria Sorbello attended the nuptials, along with Derrick Koskinski, Leroy Garrett, Shane Landrum, Tony Raines and Wes Bergmann. CT and Lili are already parents to a two-year-old son, CJ, so this ceremony was the perfect way to make things official for their adorable little family!

The wedding was reportedly filmed for an upcoming MTV special, according to The Ashley. MTV has not confirmed details about the alleged special or information about when it may air, but over the summer, CT hinted that fans may get a glimpse into his personal life at some point in the near future. “My private life? Stay tuned,” he told Rolling Stone in July. “I’m sure you guys are going to get an in-depth look at what my life is like outside the show. You’ll see…stay tuned.”

CT dated Diem Brown on and off for years before her tragic passing in 2014. After Diem died, CT took a break from the spotlight and took time off from being on The Challenge. During that time, his relationship with Lili began. When he returned for The Challenge: Invasion, which aired in 2017, he shocked fans with the surprise revelation that he had fathered a son during his time away. 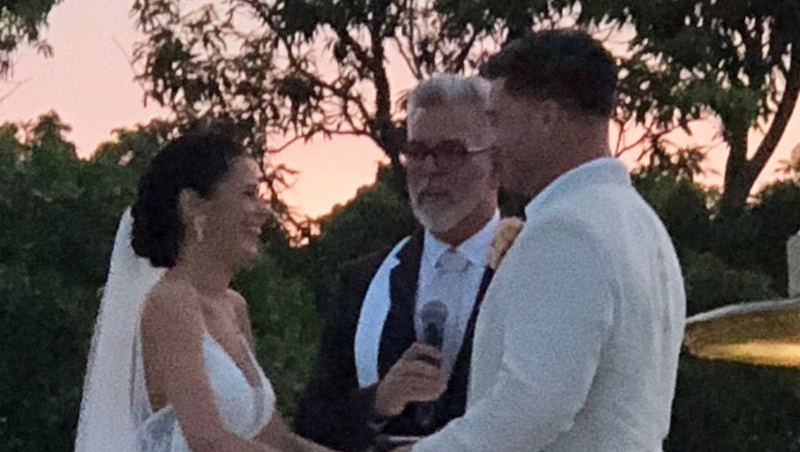 We could not be happier for CT and Lili and wish them a lifetime of happiness together! Meanwhile, you can tune into The Challenge Final Reckoning on MTV Sept. 11 to find out CT’s fate in the game after being sent to the Redemption House!