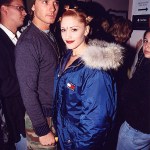 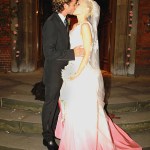 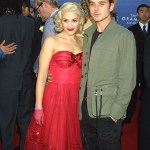 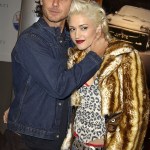 They might have reached a divorce settlement two years ago, but Gavin and Gwen reportedly can’t agree on custody of their kids. What’s going on?

Gwen Stefani, 48, and Gavin Rossdale, 52, had three sons together before filing for divorce in 2015. And while they’ve been co-parenting Kingston, Zuma and Apolla for a couple of years now, they’ve hit a bump in the road. Gavin was recently on tour with Bush, in addition to judging The Voice U.K., but now that he’s wrapped up these career obligations, he wants more family time with his little ones — but Gwen allegedly doesn’t want to grant him more custody! Because of this, a source close to the fam told E! that the exes are “going to mediation” to try and sort out their differences.

“Gwen believes that she provides a consistent living environment and that the kids should be with her the majority of the time,” the source said. “They are older now and taking their school work and activities seriously. She thinks Gavin still very much lives a rock star lifestyle and it’s in the kid’s best interest to be with her. She wants to raise the kids a certain way and it’s very challenging because Gavin has different priorities.” But whatever comes from their mediations, we just hope that Gavin and Gwen’s three kids are happy with the outcome!

Looking on the bright side, they do have two loving parents who really want to spend time with them. And that isn’t even counting their mom’s boyfriend, Blake Shelton, 42, who a big part of their lives as well!

Yep, that’s right! The country star, who has been dating Gwen since 2015, is really close with her kids. He’s even been on vacation with all of the boys! We love seeing them together and just wonder when these two judges on The Voice will have their own kids. A source told Hollywoodlife.com EXCLUSIVELY, “Gwen clams up when it comes to their marriage plans, but she’s much more candid about their amazing sex life. She can’t believe that even after three years together, the spark hasn’t faded a bit. Blake still totally rocks her world every single time.”