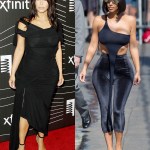 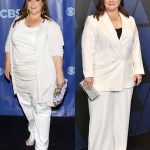 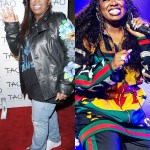 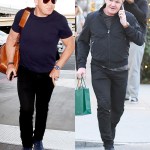 The ‘Glee’ star is leaving his character Artie Abrams behind and hitting the gym for a serious transformation. Just look at that bod!

Kevin McHale is hitting the gym hard, and he’s got the pics (and the muscles) to prove it! The actor is best known for playing wheelchair-bound Artie Abrams on Fox’s Glee and he is leaving that character behind in favor of hour-long, super intense gym sessions. He is training at UP Los Angeles and the results are shocking!

“I come here three times a week and work out for an hour. It sounds too good to be true, but that’s just it. You eat healthy and you come here and train hard,” Kevin told Extra‘s Renee Bargh. Kevin has been training with UP Los Angeles CEO Nick Mitchell and he credits the one on one time with a personal trainer for his transformation.

The actor also recently came out as gay, with a little help from Ariana Grande I might add. Kevin took to Twitter after the release of Ariana’s hit song, “No Tears Left To Cry” to say, “#NoTearsLeftToCry is gayer than me and I ACCEPT. Ty @ArianaGrande.” We accept too! Kevin is living his best life and seems to have also found a hot new boyfriend. Fans speculated that Kevin was seeing someone before he officially came out, because of certain images Kevin shared with a mystery man on Instagram. Kevin’s rumored “boy” is actor Austin P. McKenzie and the two could not be cuter.

Totally ripped! Former #Glee star @kevinmchale let us in on the training routine he used to get fit with @upfitnesslive! 💪

Kevin recently gave props to his alleged boyfriend on Instagram for his birthday on Aug 24, writing, “Happy 1/2 way to 50 to the cutest boy in the world.” I can’t wait to see more from these two. Adorbs!