Kim Kardashian, 37, stepped out in Miami on August 17 with neon green hair (to match her neon green Lamborghini). Later that night, she went back to black hair, and wore a two piece lime green outfit, showing off her tiny waist and unfortunately, a spray tan malfunction. She must be in a green phase, because the next day, but wore a tight neon green latex dress to 2 Chainz‘s wedding. Alongside hubby Kanye West, the green dress made her cleavage pop and hugged her curves.

Blake Lively, 30, opted for a more business look, in a neon green Versace suit for an event for her upcoming film A Simple Favor. She looked AMAZING. A very different vibe from Kim, but the similar color makes it fun to compare the two very-different looks! Blake actually wore a similar color in the form of a strapless Oscar de la Renta dress at the American Ballet Theater’s Spring Gala back in May 2017. She must love it, just like Kim! Kim’s little sister Kylie Jenner has also rocked neon green outfits, as well as neon green hair, just like Kim. Kylie rocked her “highlighter hair” for Coachella in April 2017. 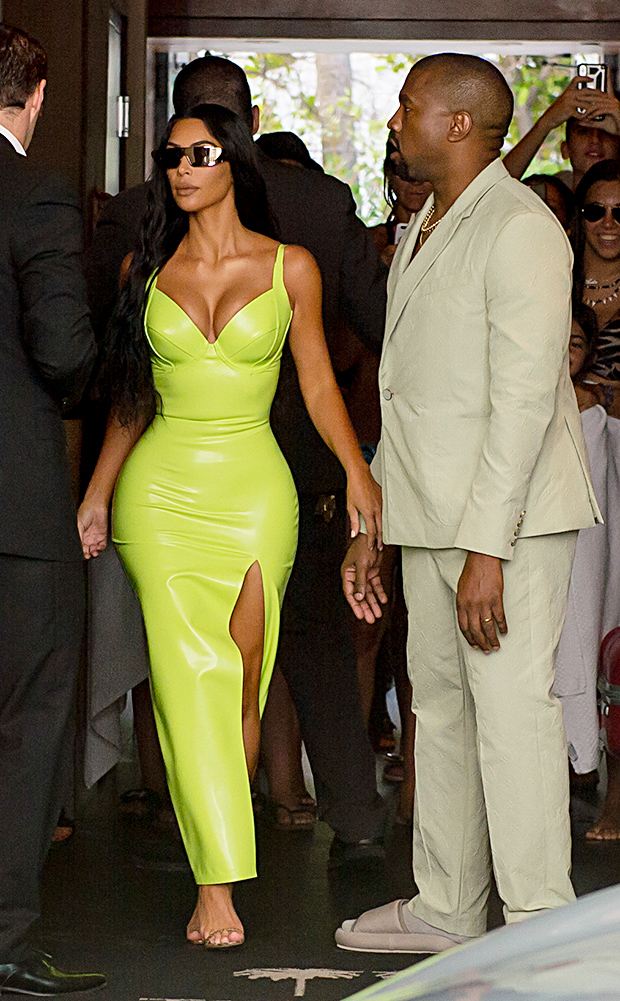 It’s not just the KarJenners and Blake — Sarah Paulson wore a hard-to-miss Prada at the New York premiere of Ocean’s 8 in June 2018. See more photos of stars wearing green in the gallery above.