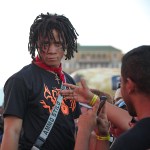 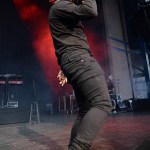 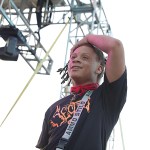 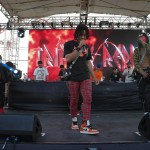 Trippie Redd’s one of the hottest names in hip hop right now, and his star’s on the rise with the release of his new album ‘Life’s A Trip’. Learn more about him here!

You’ve seen his face, you’ve heard his songs — but do you really know Trippie Redd? The 19-year-old artist is taking the hip hop world by storm with his unique sound, and with the release of his new album, Life’s A Trip, he’s bound to become a household name. So sit down, crank up that already epic album, and learn five key facts about Trippie you may not have already known:

2. He was discovered by Lil Wop. Trippie experienced a meteoric rise to fame in 2016, partly thanks to Lil Wop, who took him under his wing and helped him release his first three projects, Awakening My Inner Beast, Beast Mode, and Rock the World Trippie.

3. He’s feuding with 6ix9ine. Listen, who isn’t feuding with 6ix9ine? Trippie’s feud started with the allegations that 6ix9ine was a pedophile. He immediately denounced him, saying, “”I’m sorry brozay, 1400 don’t promote pedophiles.” Trippie was attacked at a hotel in New York in November 2017, and claimed on Instagram that a member of 6ix9ine’s crew did it. 6ix9ine kind of insinuated that he was involved in an Instagram live post. Then, 6ix9ine was assaulted by a group of men in Los Angeles in February 2018 — right after arguing on Instagram with Trippie. 6ix9ine also accused Trippie of allegedly sleeping with Danielle Bregoli (aka Bhad Bhabie)…who is 14 years old. Bhabie denied the claims, but did admit that they kissed in the past, when Trippie was 17.

5. He was formerly affiliated with the Bloods. It’s unclear what his involvement with the gang was, only that he was an “associate.”