Oh, it’s a Kim Kardashian throwback pictu—wait a minute. Is that Kris Jenner? In a new glam shot, the Momager looked like a clone of her daughter!

Did Kris Jenner find the Fountain of Youth – or was it some really good foundation that caused fans to do a double take? Kris, 62, shared a picture of herself before her appearance on the Aug. 7 episode of The Late Late Show, and she bore an eerie resemblance to her daughter, Kim Kardashian! “Tune in guys and thank you to @makeupbyariel and @jorgeserranohair for the amazing glam tonight! Love you guys #ittakesavillage #family #love,” she captioned the photo, giving love to the hair and makeup team that practically transformed her into a Kim clone.

“Literally looks like kim with short hair,” @ms_vogt said, echoing a lot of people in the comments section of the photo: “Kris out here looking like her daughter Kim” “@Kimkardashian why did you cut your hair?” “wow Kim looks exactly like you” “you look like kimmy” “You look so much like kim.” One user — @nicholeforbreakfast – said “if Kim Kardashian and Khloe Kardashian had a baby.” Y’all know that it was Kris who gave birth to Khloe and Kim, right? It’s the other way around.

This isn’t the first time that Kris has transformed herself into a Kimmy doppelganger. When she changed her hair to a platinum blonde pixie cut in January 2018, fans thought she looked just like her daughter, according to Insider. There are times when Kris seems to be like the sixth KarJenner sister – like when she’s stepping out in fishnet stockings or causing people’s jaws to drop by posting a sexy bikini selfie (which has to be the official Kardashian/Jenner pastime, right?) Her daughter Khloe even once said her mom was “looking like a snack…#6kidsAndBad!” 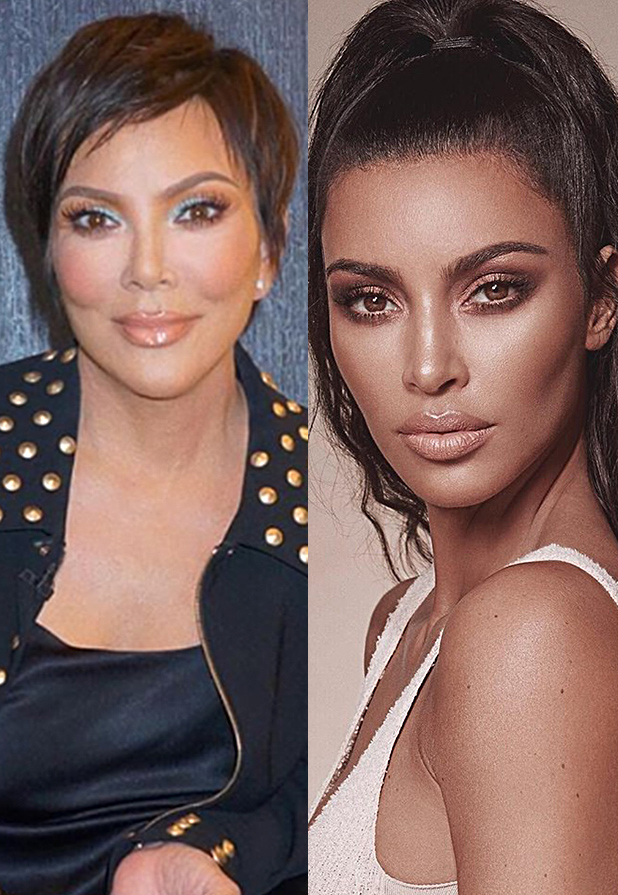 If there’s someone who truly appreciates Kris’s bod, it’s her beau (and rumored fiancé) Corey Gamble, 37. While playing “Spill Your Guts Or Fill Your Guts” with James Corden, Kris was asked if she and Corey were indeed engaged. Rather than spilling the tea, she served herself a cricket snack, chowing down on some of the insects. Of course, she wouldn’t reveal that on the Late Late Show. She’s probably saving that for a new episode of Keeping Up with the Kardashians, as Season 15 just kicked off on E!.