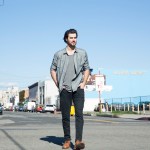 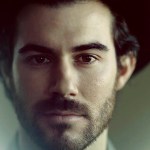 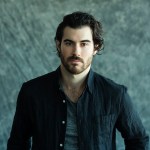 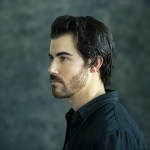 Singer-songwriter Joel Taylor has a brand new music video for his single ‘Give Myself Away,’ and we’ve got the EXCLUSIVE premiere, straight from Joel and director Courteney Cox. (Yep, you read that right!)

While he may still just be getting started, Joel Taylor is already proving to be a natural hit maker! The rising Aussie singer-songwriter has certainly found his groove; after he left his home in Sydney, Australia at the age of 18 with big Hollywood dreams, now at age 28, he’s dropping his first professional music video for his song “Give Myself Away,” a beautiful slow jam that showcases his wide, eclectic range of musical influences. Listening to the track, you can hear a little bit of Stevie Wonder and Ed Sheeran radiating through, and while watching the video, you can see Joel’s ease and pure joy living the good LA life in a beautifully shot visual. And that might not have even happened, had Joel’s work not caught the attention of everyone’s favorite Hollywood ‘friend’ Courteney Cox, who actually stepped behind the lens to direct the video. The actress, a big supporter of Joel’s music, also previously directed his stunning piano performance video for “Two Sides.”

The “Give Myself Away” video, which was shot all in one day, perfectly relays the intentions behind the song’s lyrics. “I wrote the song at a time where I was still trying to figure things out, but was getting pulled in a lot of different directions,” Joel tells HollywoodLife EXCLUSIVELY. “I was trying to find a balance. You have to figure out what you really care about,” he added.” Indeed, the song is about just that —  finding that balance, throughout life’s ups & downs, and looks back on past strife with a brand new lens. “Free falls, close calls, I’ll handle it, fake friends, sank ships, but I’ll make amends, until I got nothing left I’m finding out, finding out how much I gotta give,” he croons on the track. The video maintains a light-hearted tone though, and Joel gets by with the help of a few friends. The video features a cameo from girlfriend Marguerite Insolia, plus an adorable labrador retriever – which Joel confesses he borrowed from a friend.

Joel’s musical roots run deep. Both his mother and grandfather were musicians, and it seems clear it was always in his destiny to become one himself. In fact, when Joel was born, the doctor turned to his mom and asked about his name. “Like Billy Joel? Is he going to be a piano player?” Upon moving to Los Angeles, fate stepped in when Joel met ‘Friends’ actress Courteney Cox at a barbecue with friends. Joel and Courteney quickly became close pals, so naturally, in fact, that the actress was more than willing to step in to help direct Joel’s latest video. Courteney, who conceptualized the video, is a musician herself, which Josh admits is part of the reason they work so well together. “Courteney’s always been super supportive to me,” he tells to HollywoodLife. “She really understood the message of the song.” It was just as much a passion project for Courteney as it was for Joel. “I am a good friend of Joel’s, but more importantly a big fan of his music. When I first heard “Give Myself Away” I was immediately drawn to it. It’s one of those songs that once you hear it, you just want to play it again and again. I hope people will feel the same way about the video. We had a great time making it,” Courteney said of the video.

Following the release of “Give Myself Away,” Joel is putting the final touches on his debut EP, set to arrive in 2019. We can’t wait to hear more from the singer-songwriter on the rise, and Joel is looking towards the future as well. “I’m really excited for my live shows this round, and introducing songs and stories to new faces.” In the meantime, be sure to watch his new video above!