Could Naomi Campbell, 48, really be pregnant?! Speculation that the gorgeous model might be expecting a child began when Skepta, 35, posted a photo of a sonogram to his Instagram page on July 30. Remember, Naomi and Skepta were first rumored to be dating in Jan. 2018, and seemingly confirmed their romance by posing for a PDA-filled magazine shoot in April. Naomi is the last woman Skepta was linked to, so fans think that she might be the mother of the child he posted on Instagram! However, a source tells HollywoodLife EXCLUSIVELY that the rumors that Naomi is pregnant are “not true.”

Naomi and Skepta have never confirmed if their relationship is anything more than just professional and/or platonic, but their social media flirting led fans to believe that there was definitely something romantic happening between them. Besides Naomi, there’s been no other chatter about who the mother of the baby might be, but the sonogram certainly has the Internet buzzing either way. However, along with the image, Skepta didn’t include much information. He captioned the pic with a rose emoji, and the sonogram image shows that the baby is referred to as “Baby Adenuga,” which is Skepta’s real last name, but no other hints were given.

However, the unborn child does appear to be pretty developed, and Naomi hasn’t sported any signs of a baby bump in recent months. In fact, the 48-year-old looked thin as ever when she stepped out in Paris wearing a form-fitting, black ensemble just earlier this month! HollywoodLife has reached out to reps for Naomi and Skepta for comment. 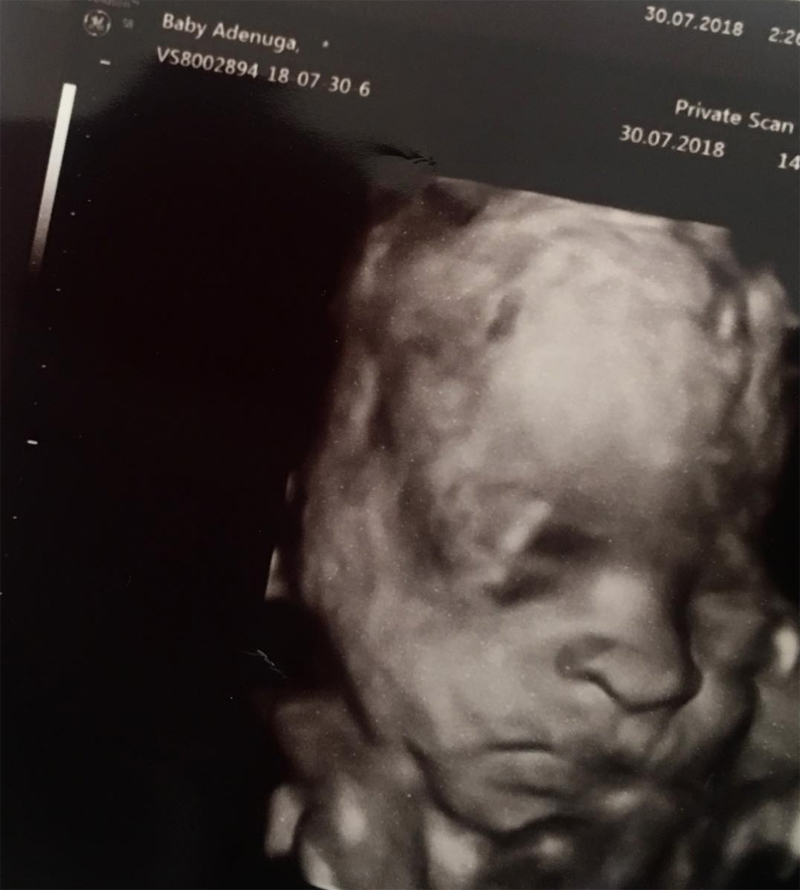 Drake and Lil Yachty showed their support for Skepta’s baby news by commenting on the pic with “Dada” and “Congrats,” respectively. Regardless of who the mother is, this is very exciting news for the rapper!