Instagram model Celina Powell, 23, is not going down without a fight. In response to Celina’s claim that she had an affair with Snoop Dogg, 46, the “Drop It Like It’s Hot” rapper released a trailer for his upcoming show, Clout Chasers, which features the model. In the trailer, Celina can be seen admitting that she faked a pregnancy and lied about Offset being the daddy. Snoop seems to use this clip as proof that she’s allegedly lying about their relationship as well. But, as HollywoodLife previously revealed, Celina has shared screen grabs of text messages and FaceTime calls that she alleges are with Snoop all over social media. Now, she’s doubling down on her claims that they had an affair, by spilling all the intimate details to Hollywoodlife.com EXCLUSIVELY. Celina also reveals why she went public and it’s the oldest reason in the book. She feels that she was disrespected. Claiming that Snoop’s Clout Chasers show is just an elaborate cover for his alleged cheating, she tells HollywoodLife in an interview, “Clout Chasers is fake. He did not set me up, I set him up. I wasn’t even going to put him on blast until he did me wrong, and left me on the curb to get my own (Uber) ride.”

As to what Celina is referring to, the Instagram model claims Snoop and his manager kicked her out of Snoop’s car at Mel’s Diner in Los Angeles after a meet up at his house went sour earlier this month. Celina explains that she flew into Los Angeles to visit her friend and hit up Snoop to hang out. When he agreed, Celina and her friend went to Snoop’s place for a small get together. “As soon as we got to his place up on Sunset [Boulevard], it was a nice house and I know it was his ’cause he had a lot of pictures and a full stocked fridge,” Celina recounted. After getting comfortable, Snoop offered the girls drinks and he and Celina allegedly went off to another room to have sex. “We did what we did and then when we came out…my friend had left,” Celina said.

“[Snoop] became paranoid. He wanted to know where my friend went,” Celina continued. “I started calling her in front of him and texting her, asking where did she go and why did she leave me?” Celina added. “His bodyguard was waiting. He didn’t see her leave, but the back door was open. So, Celina told HollywoodLife.com that she went out the back and Snoop was all freaking out, and all weirded out that her friend had left. Then they took me back to Mel’s Diner where we first met, in the sprinter van, and his bodyguard asked me if I called my Uber,” Celina said. “I was like, ‘No,’ cause he (Snoop) usually handles that for me. I tried to call an Uber, but my credit card came back declined, I think because it was my first day in town, and I hadn’t used my card yet.” 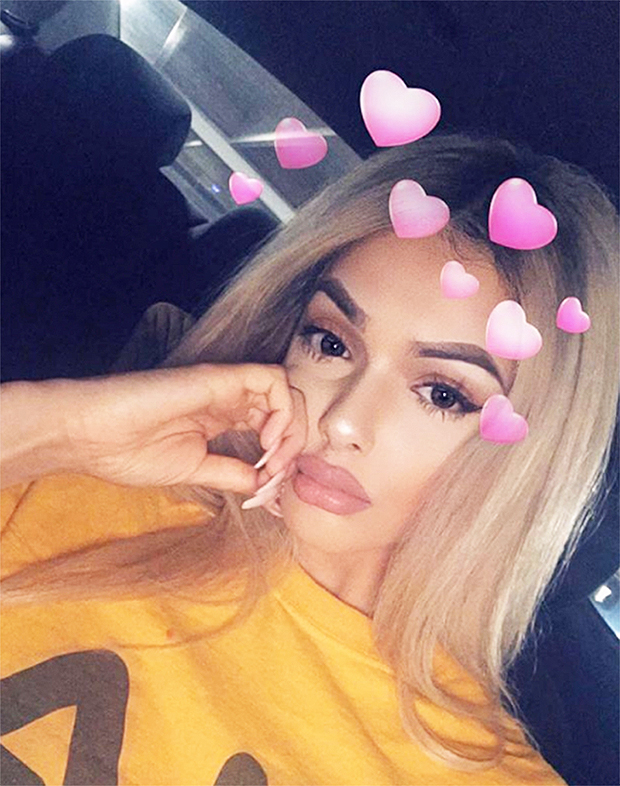 “I told him I had to call my bank so they can approve this charge, but then he said, ‘No, I don’t have time for that. Get out and handle that,’ and he kicked me out of the van,” Celina alleges. “I called Snoop and he ignored my calls. I was like ‘OK, OK.’ So my friend called me an Uber. I got back safely, then I texted Snoop, ‘You don’t know who the f*** I am. Maybe next time you should Google my name. ‘ Then, as soon as I said Google my name, Celina Powell, then he called me right away.”

But, for Celina, it was too late. The damage was already done. She said, “I ignored the call and he tried to apologize. He said he did not leave me stranded. He said, ‘Don’t do me like that.’ But I said, ‘No, now I am going to put you on blast, you f***ed up.” But Celina – who claims she first met Snoop at a 4/20 concert in her hometown of Denver a few months earlier in April and that “s**t went down that day” – said they were working on a solution to calm her down and prevent her from going public. She alleges, “then Snoop said he was going to make it up to me and send me some money. He then did a group chat with his manager or accountant or whatever, but he told him to get me some money, and let him know when it was handled. But the payment  failed. I don’t know why, but it was supposed to be for $2,000.” Angry, Celina decided to go ahead with her plan to expose their alleged affair anyway. What was Snoop’s response? Celina claims that privately he sent her a text with one word, “Wow.” She adds, “And I said, ‘Yep, you are a messed up individual.” HollywoodLife reached out to Snoop Dogg for a comment multiple times, but he has yet to respond to our requests. Snoop has been married to his high school sweetheart Shante Broadus, 46, since 1997 and they have three children together: Corde, Cordell, and Cori.

Related: Snoop Dogg’s Wife: Everything To Know About Shante Broadus & His Past Relationships