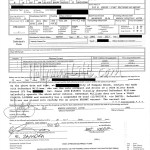 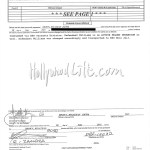 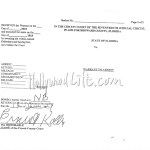 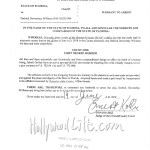 One of the suspects in XXXTentacion’s tragic shooting case is currently in police custody on a first-degree murder charge. Here’s what you need to know about Dedrick D. Williams and the case as it stands now.

The rap world received a major shock on June 18 at around 5:40 p.m. ET when XXXTentacion was pronounced dead in the Miami suburb of Deerfield Beach. The 20-year-old rapper was motorcycle shopping when he was shot to death in the front seat of his car. Since his tragic passing, the Broward County Sheriff’s Department have been investigating the crime, and on June 21, they arrested a 22-year-old man for XXX’s murder. After his arrest, here’s what we’ve found out about suspect Dedrick D. Williams:

2. He was on probation for grand theft auto at the time of his arrest. When he was arrested and booked for a murder charge, he was also hit with a probation violation for his previous grand theft auto charge. He is reportedly being held without bail.

3. He has a history of legal issues. Not only was Williams on probation for grand theft auto, but he’s been arrested for the same crime multiple times. He last appeared in court in April, which is when he was given probation. He’s scheduled to appear in court next week for a probation violation hearing, NY Daily News reported. The outlet also reported that Williams was charged in November with weapons and cocaine possession. He was also charged with aggravated assault with a firearm and domestic battery in 2014 following an incident in which he allegedly held a gun to his girlfriend’s head,

4. He isn’t the only suspect. As previously reported, there are arrest warrants out for three more suspects in XXXTentacion’s murder case. The judge signed off on the warrants, but no arrests have been made at this time. The identities of the suspects have yet to be made available.

5. He allegedly posted a threatening Facebook post after the shooting. The post shared two days after XXXTentacion’s murder warned people not to make him angry. “Don’t piss me off u will never know wats next,” he wrote on his apparent Facebook page, under the name Chucky Williams. The message was accompanied by a picture of Dedrick posing in front of a white car and showing off a gold bracelet. His social media accounts also make it look like he’s a father-of-two and worked as a tattoo artist under the name “Tattooman Chucky.” He also has an illustration of the doll Chucky on his right arm.