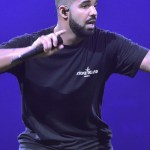 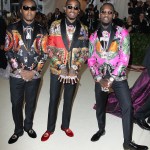 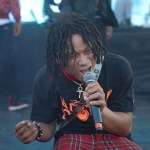 Grisly details of XXXTentacion’s shocking death are coming out days after the 20-year-old rapper was gunned down in the street.

UPDATE: A Broward Sheriff Office’s spokesperson has commented on the leaked 911-tape. The department seemed anything but happy about it. The person told HollywoodLife, “I have no idea how this tape was leaked, we did not release it. If a tape were to come out, it would be from us and we have not released anything.” The person also updated us on the investigation into XXXTentacion’s murder, saying, “Detectives are currently investigating the death and as soon as they have suspects named, or audio tapes to release, or new information regarding the case, we will submit a press release.”

ORIGINAL: The hip-hop world is still reeling from the June 18 murder of rapper XXXTentacion at just 20-years-old. While law enforcement tries to figure out if the up and coming star’s Florida shooting was random or targeted, details of how he died are coming through. Meanwhile, on June 20 the tragic 911-dispatch call has been released, shining a light on some of the last moments of his life. As XXXTentacion’s devastated fans know, he was at a RIVA Motorsports dealership in Pompano Beach when he was gunned down by two, so far, unidentified suspects. He was reportedly shot under his jaw, someone from his legal team told The Blast. Meanwhile, a witness said the wound was in his neck, according to TMZ. The same person also claimed that his body went limp and that his life was trickling away, along with his pulse.

A brief 911-recording obtained by TMZ confirms at least some of those details. For example, a male voice classifies the rapper as an “adult male,” “Level 1” trauma patient (which is a category given to gunshot wound victims). XXXTentacion – whose real name was Jahseh Onfroy – is also described as being “comatose.” The 911-dispatcher also said on the tape, “Several gunshots. Possible drive-by…” The suspects have yet to be arrested, but the Broward County Sheriff’s Office is classifying the incident as a robbery, because XXXTentacion’s Louis Vuitton bag was allegedly stolen at the time.

It’s a grim development in a horrifying story. As we previously reported, XXXTentacion wasn’t the only rapper shot to death on June 18. Hours after his killing had been announced, Pittsburgh rapper Jimmy Wopo was the victim of a drive-by shooting. He was just 21. Their hip-hop family mourned them.

Kanye West, 41, shared a photo of XXXTentacion as he tweeted, “Rest I peace. I never told you how much you inspired me when you were here. Thank you for existing.” Pusha-T tweeted an hour later, “Damn. R.I.P. #Jimmy Wopo.” Meanwhile a grief-stricken Danielle Bregoli, 15, wrote on Instagram underneath a photo of XXXTentacion, “The feeling of him being gone kills me.” She added that even after she was told he had died, she “just couldn’t believe he was gone, and I still can’t.” So sad.