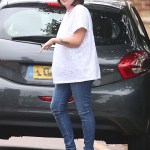 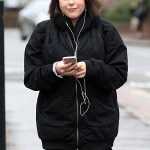 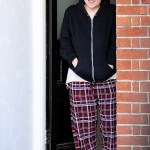 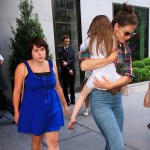 Tom Cruise is reportedly trying to make up for lost time with his kids by helping daughter Isabella adopt a child of her own! He allegedly wants to be there every step of the way and the details are shocking!

Tom Cruise, 55, apparently has babies on the brain! His daughter, Isabella, 25, wants to adopt a child of her own, and Tom is thrilled about it, Star magazine reports. “She wants to give a child the same the same opportunities Tom gave her,” a close pal says, adding that Isabella’s husband, Max Parker, is all for it. Tom and his ex-wife, actress Nicole Kidman, 50, adopted Isabella in 1993. “Tom will be there to help with the adoption process,” the source admits, going as far as to claim that the adoption plan was all Tom’s idea! “Tom is ready to get his hands dirty, and he will put his grandchildren above anything and everything.”

The Mission Impossible actor allegedly went into hiding for 103 days until he resurfaced at CinemaCon in Las Vegas back in April, the mag claims. — His absence from the spotlight (although he’s rarely seen) was because he was reportedly so focused on the adoption. “You can bet that he will will be there for her every step of the way once she has a child,” the source says, adding, “He can’t wait!”

Tom has had a reputation of being an absentee father because of his career for years. His other daughter, Suri, 12, seems to spend most of her time with her mother, Tom’s most recent ex-wife, Katie Holmes, 39. But, the actor has allegedly realized that his career consumed so much time when his kids were growing up, that he now wants to make up for lost time.

“Tom was heartbroken when Katie [Holmes] took Suri, and he desperately misses her. He’s realized that being a father gives him the most satisfaction, not his career,” the insider says. “Spending more time with family is what Tom wants now, and it would be a dream come true to live under one roof with his kids — and his grandkids!”

HollywoodLife.com has reached out to a representative for Tom Cruise.