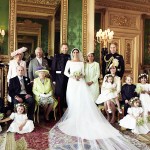 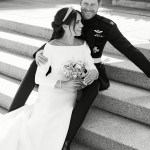 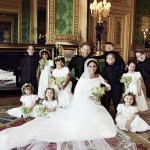 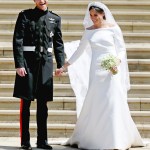 Chelsy Davy almost didn’t attend Prince Harry and Meghan Markle’s wedding! Here’s what went down on the ’emotional’ phone call between the two exes ahead of the big event.

Prince Harry, 33, extended wedding invites to his exes Chelsy Davy, 32, and Cressida Bonas, 29, but one of them almost didn’t turn out to the event. Harry and Chelsy shared a tearful phone call the week prior to him tying the knot with Meghan Markle, 36, and she almost decided that watching her ex marry someone else might be too much for her to handle, Vanity Fair reported.

“It was their final call, a parting call in which they both acknowledged Harry was moving on,” a family friend told the magazine. “Chelsy was quite emotional about it all, she was in tears and almost didn’t go to the wedding.” But even though she was welcome at the ceremony, she was snubbed from the evening reception. “In the end, she went and promised Harry she wouldn’t try and gatecrash the party,” the insider added. Cressida also didn’t receive a golden ticket to the big bash later that day.

The party at Windsor’s Frogmore House was a much more exclusive event than the wedding watched by the world, but reports have revealed that it was the place to be that night. James Corden emceed the event where Serena Williams dominated at beer pong and George Clooney danced with the bride and Kate Middleton. The late night host also organized an epic dance-off between the groom, his brother, Prince William, and his father, Prince Charles, according to a wedding guest who dished to The Sun. “James ­Corden did his best to entertain and it went down an absolute treat,” the insider said. “Everyone was laughing because it’s something no one expected. Then everyone danced, which really kicked off the party.”