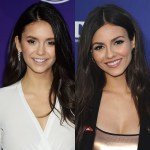 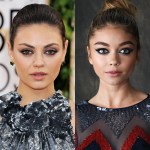 Does Kendall Jenner have a long lost sister?! The model looks scarily similar to Emily Ratajkowski, and fans are losing it! Check out the comparison below!

At only 22-years-old, Kendall Jenner has become one of the world’s highest paid models, and she has her breathtaking looks to thank. But, these days we’re beginning to feel we’ve seen her look before, or on another fellow model. On May 16, Kendall took to Instagram to post a gorgeous photo of herself wearing a white robe off her shoulders, and fans couldn’t help but point out that she looks JUST like Emily Ratajkowski. “Why does @KendallJenner look like @emrata now???” one fan tweeted. In the pic, Kendall definitely is rocking Emily’s signature pout, and it doesn’t help that they both have dark hair. How did we not notice this before?!

“Kendall Jenner is slowly becoming Emily Ratajkowski,” another user tweeted. Now, this is getting scary! Nevertheless, both girls are gorgeous, and Kendall has been killing it at this year’s Cannes Film Festival. The KUWTK star turned heads when she stepped out in a stunning sheer white Schiaparelli Haute Couture gown that revealed her bare breast on May 12. She pulled the look together with elegant jewelry and her hair styled in a chic up-do. However, her Cannes fun came to an abrupt pause when she got into a car accident on her way to Naomi Campbell’s annual Cannes Fashion for Relief benefit on May 13, according to Page Six. 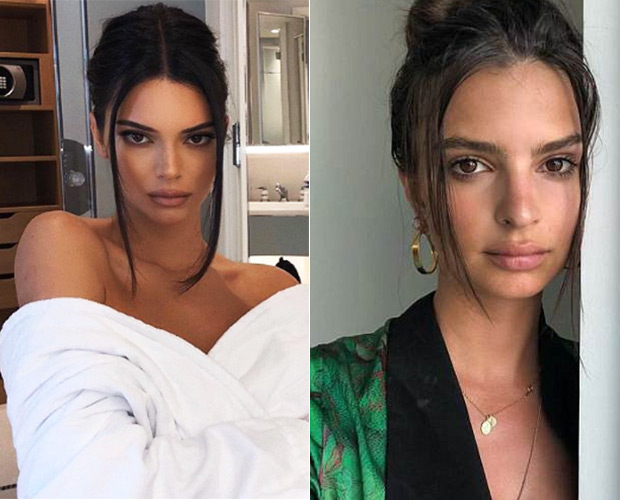 Luckily, Kenny is doing just fine although she wasn’t able to walk in Naomi’s show alongside her pal Bella Hadid. The accident was only a fender bender, and she was able to attend the event just as it was ending. Since the accident, Kendall has been seen out and about, so it’s safe to say she suffered no injuries.