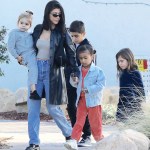 Kourtney Kardashian spent her Mother’s Day with not only her own 3 kids, but also Kim Kardashian’s daughter North! The group was spotted in Malibu on May 13 after Kourt ALSO visited Kylie’s daughter Stormi!

Kourtney Kardashian, 39, certainly had her hands full this Mother’s Day, May 13. Not only did Kourt get to celebrate the special day with her own children: Mason, 8; Penelope, 5; and Reign Disick, 3, but she also was spotted out and about with Kim Kardashian‘s daughter North West, 4, and earlier with Kylie Jenner‘s daughter Stormi Webster, 3 months. Talk about a busy, fun-filled Sunday! Of course Kourtney handled double mommy duty like a pro, and we love how cool and collected she looked with the bunch in Malibu.

During their Mother’s Day outing, Kourt held on to North’s hand as she carried little Reign on her hip. Mason and Penelope followed behind. The mother-of-three looked casual yet stylish in light wash mom jeans, a tight crop top, and a long leather jacket. Meanwhile, North stood out in a coral track suit and oversized denim jacket. Kourtney shares her three kids with ex Scott Disick, 34, who is now dating 19-year-old Sofia Richie and did not appear present for the Mother’s Day festivities.

Before Kourtney’s outing with her kids and niece, she also posted a Snapchat video of herself holding baby Stormi. In the sweet clip, Kourt and Stormi look at the camera while rocking a pink teddybear filter. Even earlier in the day, the reality star shared a cute display of flower petals and plush toys left outside her bedroom and leading down the stairs — presumably set up by her kids as a Mother’s Day surprise. The youngsters also wrote her cute messages on heart-shaped paper and prepared her a bagel breakfast. 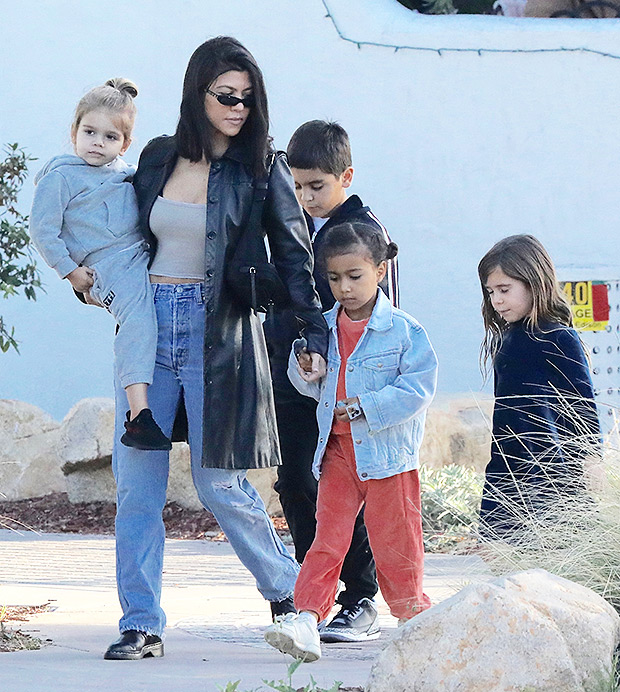 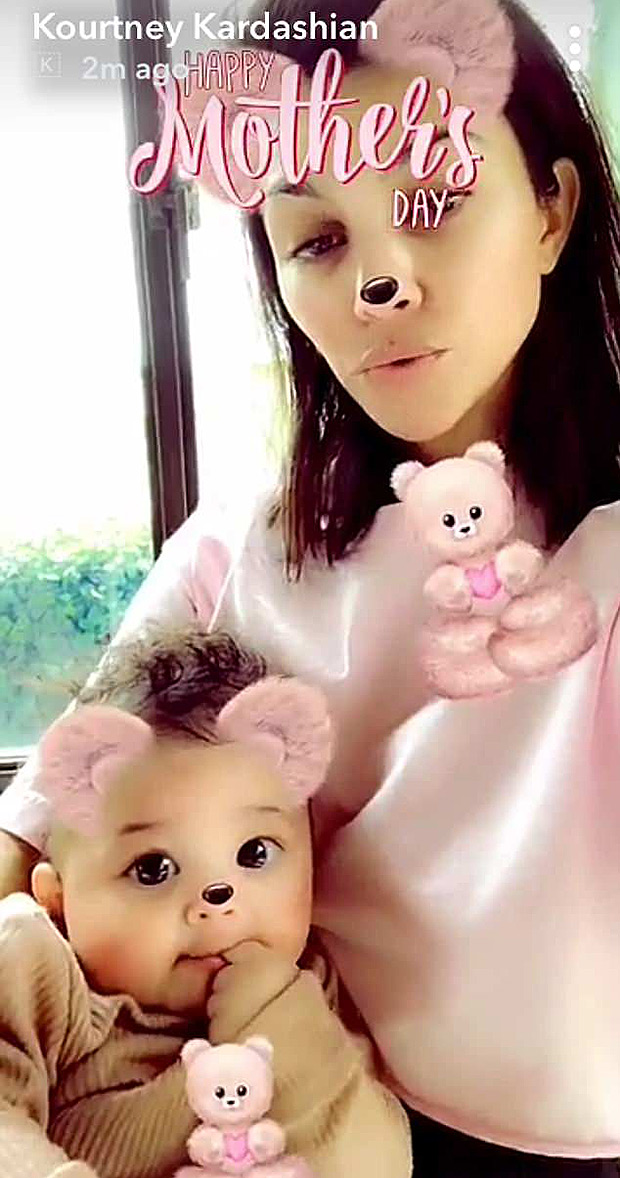 Taking to Instagram, Kourtney posted a throwback pic of her three little ones and captioned the adorable image, “Thank you God for making me their mommy.” Kim too shared a sweet Mother’s Day photo featuring her three kids after revealing she had to bribe them with lollipops to pose for the photo. In the pic, Kim can be seen snuggling with her brood. She wrote, “You don’t even understand how many lollipop bribes this pic cost me…but it was so worth. Happy Mother’s Day to all the moms out there. I’m the luckiest mom in the world to have these three babies in my life!”

Meanwhile, Khloe Kardashian, 33, spent her first Mother’s Day alone in Cleveland with her and Tristan Thompson‘s, 27, baby daughter True. Tristan was busy playing an away game in Boston with his team, the Cleveland Cavaliers. However, it looks like Khloe still got spoiled by someone! The new mom took to Snapchat to show off gorgeous gifts of a flower bouquet spelling out the word “mommy” and balloons donning the nickname her nieces and nephews call her, KoKo.