Kim Kardashian, 37, always knows how to make a style statement, and she was at it once again at the 2018 Met Gala on May 7. All eyes were on the reality star when she arrived to the high-profile event wearing a metallic Versace dress with cross embroidered into the bodice. The cross went perfectly with this year’s theme, Heavenly Bodies: Fashion & The Catholic Imagination. The 37-year-old completed her look with her hair pulled back into a tight ponytail, and went for a drastic beauty look with a major smokey eye. Kim never disappoints when it comes to the Met Gala, and this year was clearly no different!

Ever since she made her Met Gala debut in 2013, Kim has become a staple at the fashionable event. Her first ever red carpet appearance may be her most memorable, though — she was eight months pregnant with her first child, North West, at the time, and sparked major social media conversation with her floral dress. Although Kim was majorly mocked for the ensemble, she owned the red carpet in the out-there look, and even poked fun of herself by wearing it for Halloween two years later when she was pregnant once again. Hilarious!

Last year, Kim attended the Met Gala all by herself for the first time, as her husband, Kanye West, decided to skip out (he was also M.I.A. this year). The 2017 event fell just six months after Kim was robbed at gunpoint in Paris, and at a time when she was still living a much more low-key lifestyle. Her ensemble for the 2017 Ball matched that simplicity, as she showed off her curves in a plain, white, off-the-shoulder gown, with her hair in a sleek, straight style and minimal makeup and jewelry. 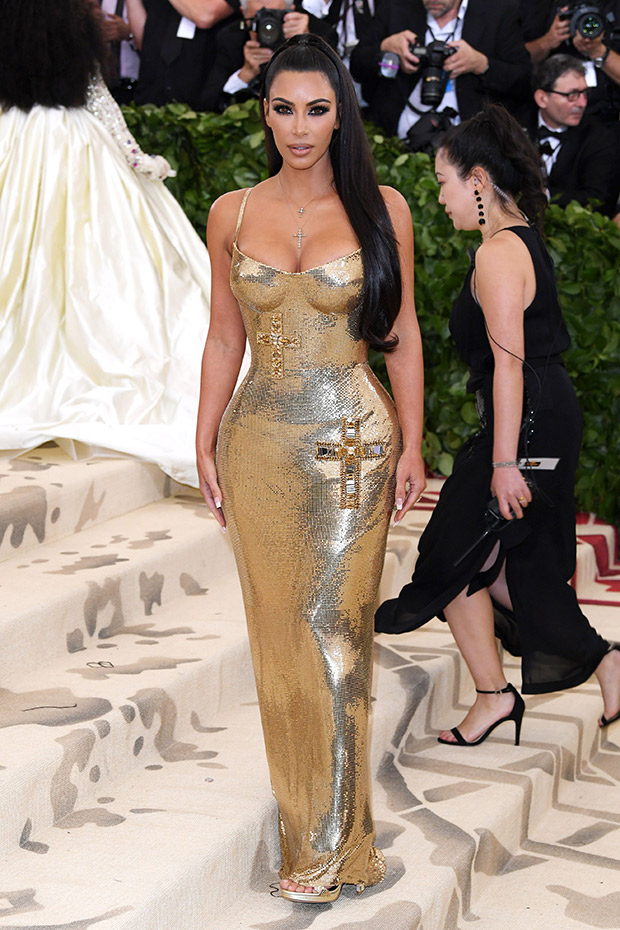 These days, life is pretty busy for Kim, as she has three young kids at home and is in the midst of expanding her massive new beauty empire. Most recently, she released her KKW Body fragrance, which got everyone talking since the bottle is made of a mold of her naked body. Super hot!