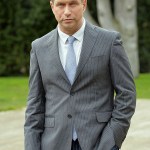 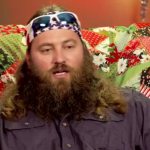 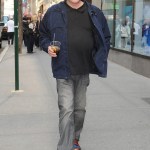 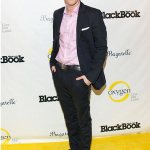 After Kanye West gave some love to Candace Owens, Tom Arnold blasted the right-wing commentator with some nasty, obscene tweets. However, Candace’s fans quickly dragged the ‘True Lies’ star for his ‘racist’ attacks!

Everyone knew Kanye West, 40, returning to Twitter would cause some drama, but who saw this coming? Yeezy surprised many of his fans, tweeting that he appreciated “the way Candace Owens, 28, thinks.” Apparently, Tom Arnold, 59, doesn’t, as he railed against the conservative writer in a series of tweets on April 22. “Good luck glomming onto [Kanye,]” Kanye tweeted. “His family already told him you were a phoney & fraud. A former democratic bad actress doing video bits to get on TV anyway she can. Enjoy it now. You’re so inauthentic even your white power fans are going to get bored with you.”

If that were all Tom said, it wouldn’t be a big deal. Yet, he reportedly went to far. “That’s a lot of extra words @RealCandaceO so you can suck racist d**k by trying to insult an actual hero [progressive writer and activist Shaun King, 38] hahahaha. #MAGA” Tom tweeted, according to Twitchy. Candace had been beefing with Shaun over conservative personalities Diamond and Silk, and Tom thought he should get involved. He has since deleted that obscene tweet, probably because of all the clapback he got from conservative Twitter.

“The great irony of Tom Arnold’s racist/misogynist attack on @RealCandaceO is that he is proving her point,” @Mr_Nielsen_5309 tweeted. “In case anyone wondered what an unhinged racist lunatic looks like, here’s Tom Arnold!” @RealMattCouch added. Most of conservative Twitter said the same thing — that Tom was the real racist and that his gross insult was totally uncalled for.

@RealCandanceO Good luck glomming onto @kanyewest His family already told him you were a phony & fraud. A former democratic bad actress doing video bits to get on TV anyway she can. Enjoy it now. You're so inauthentic even your white power fans are going to get bored with you. https://t.co/nbD01FBS4h

Tom Arnold’s comments here are nothing short of racist misogyny aimed at a black woman. https://t.co/Ht9u99bmzj

“It’s funny how all the Trump supporters are calling Tom Arnold racist,” @Ninithenatural tweeted, pointing out some hypocrisy in people attacking Tom, “yet have nothing to say when something racist actually occurs. What he said was in poor taste but it wasn’t racist so stop reaching because we all know you all don’t give a damn about racism in this country!” “FYI…The vast majority of people attacking Tom Arnold right now consider the cruel, racist grifter in the White House their hero,” @spider_Ramone added.

Supposedly, the clip of Candace that got Kanye tweeting was one where she criticized the Black Lives Matter movement, according to Bustle, saying that black people are too “focused on their past and shouting about slavery,” when they should be “focused on their futures.” She also called BLM protestors “whiny toddlers, pretending to be oppressed for attention.”  While speaking on Fox & Friends Sunday in the wake of the Yeezy praise, Candace called BLM’s ideas “poisonous … I also believe that they are intellectually dishonest or intellectually lazy depending on what you want to take a pick at, because the truth is the numbers are in, OK? Police brutality is not an issue that is facing the black community whatsoever.”