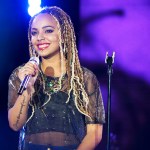 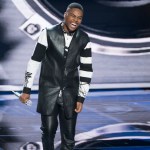 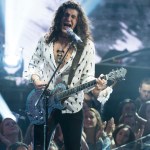 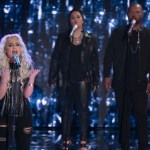 Catie Turner, 18, is American Idol’s sweetheart, but she’s already getting hate from cruel trolls. “Some people are mean when they say your personality is fake,” Catie revealed during the April 22 episode. “It’s all an act.” Catie knows that everyone has haters, even Beyonce, 36! After her amazing performance of Hozier’s “Take Me To Church,” Katy Perry, 33, spoke directly from the heart and gave Catie some words of wisdom.

“Can I just say this, guys. Whatever happens, I would like to personally sing with you. I don’t know what that looks like in the future, but I think you are exactly as you should be,” Katy told Catie. “I personally know what it feels like to read the comments or to look at the Googles and not feel good. Especially if there’s 9 great ones and one bad one. But my advice continually is don’t scroll down on the comments. You keep giving these haters a job, and they don’t deserve one.”

Let’s just give Katy all the awards! The woman can preach! Katy was backed up by her fellow judges, Luke Bryan, 41, and Lionel Richie, 68. “You can win this thing, by the way,” Luke said. Lionel gushed that he loved Catie because she is “truly authentic.” Luke is so right about Catie. She is a star in the making. Her voice is truly remarkable and unique. The haters need to take a seat.

American Idol’s top 10 will be revealed during the April 23 episode. The contestants who make it through will go on to pick classic Disney songs for the show’s Disney-themed night on April 29. Stay tuned for all the latest American Idol news!