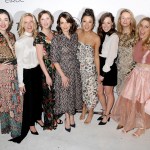 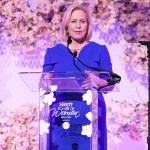 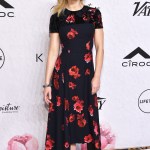 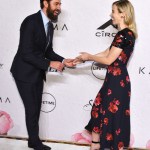 Of the many life lessons learned in ‘Mean Girls’ on Broadway, the most important is being true to yourself. That is demonstrated by Erika Henningsen’s Cady Heron, who spoke to HollywoodLife about what she hopes people learn from her character.

While there isn’t necessarily a “hero” in Mean Girls, as each one of the women in the Broadway show give in, in some way or another, to Regina George’s nasty behavior, Cady Heron is definitely the character who shakes things up. The role, recreated for Broadway by Tina Fey, based on her 2004 film Mean Girls, is played by the bright-eyed, burst of positive energy, Erika Henningsen. While Cady certainly has her ups and downs at the fictional North Shore High School, from cooking up a scheme to bring down the Queen Bee with fellow outcasts Janis (Barrett Wilbert Weed) and Damien (Grey Henson), to completely morphing into that plastic Queen Bee, her presence is enough to disrupt the social hierarchy. Erika’s character’s imperfections teach one of the greatest lessons the show has to offer. “One thing I say toward the end of the show, at the spring fling dance, is something I have to remind myself of and something I hope that young girls hear. It’s the idea that you don’t have to change yourself to be good enough, we’re constantly inundated with images of people, texting, Instagram of somebody who we think is prettier, more successful, or who has the fancier job,” Erika told HollywoodLife at Variety’s Power of Women event, where she introduced Tina Fey as a 2018 honoree. “I just learned that if you are constantly competing with other women and constantly trying to change yourself, the more you look side to side, the less you’ll be able to move forward on your own journey. So that’s what I hope girls take away from this.”

Aside from all the drama that comes with being a teen at North Shore High in Mean Girls, this role was a dream for Erika. “I just fell in love with the character, the writing, the creative team during the audition process, so when it worked out it was a huge relief!” she revealed. “It’s a crazy role! I had heard this was becoming a musical about a year ago and as soon as I heard, I was like ugh, I want that so bad!” Not only that, but she now gets to star in the show with Taylor Louderman (Regina) and Ashley Park (Gretchen), her two best friends from college at the University of Michigan. “I feel like somebody is playing a joke on us! Because there’s moments in the show where we get to just have a good time as teen girls on stage, and I look around and I’m like somebody is going to stop the show and be like, ‘Oh this is a mistake, you can’t be doing that with one of your best friends.’ But… it’s happening!”