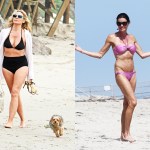 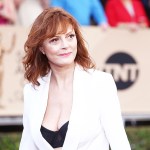 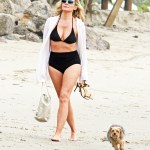 Whoever said women can’t be attractive over a certain age is SO wrong. Kris Jenner, Christie Brinkley, Cher, and more gorgeous celebs older than 60 prove that age is just a number by rocking bras & bikinis.

For some absurd reason, people think women become less attractive as they age. But just because someone’s not “young” anymore, doesn’t mean they can’t be just as sexy as they ever were. Kris Jenner, Christie Brinkley, Cher, and more celebs over 60 years old have proved time and again that sexiness has no age by confidently rocking their bras and bikinis.

Susan Sarandon, 71, faced backlash online in 2016 after she presented the In Memoriam tribute at the Screen Actors Guild Awards. The criticism, however, had nothing to do with something she said, but what she wore. The Thelma & Louise star donned a white pantsuit, but instead of buttoning it up or wearing a shirt underneath her coat, she put her black bra on full display. TBH, she looked fantastic, but apparently tons of viewers — including Piers Morgan — didn’t think so. “Would Susan Sarandon wear this to a funeral? No. It was thus horribly inappropriate for an In Memoriam tribute,” Piers wrote on Twitter. But the actress had the best response to the British television personality’s apparent distaste for her boobs by tweeting out a photo of her wearing nothing but a bra in The Rocky Horror Picture Show. “Today’s #TBT is dedicated to @piersmorgan,” she wrote. Yes!

While Piers thought it was weird that people were calling him out for ageism and remarked that he “never mentioned” how old Susan is, the remark was pretty ageist (and misogynist). If a younger woman wore something similar to an awards show, she’d probably make every best dressed list there is. But when Susan does it, it’s “inappropriate?” Ridiculous. This is a PSA that women can embrace their sexuality and bodies in any way they choose, no matter how old they are. If you need more proof, then click through the gallery above to see tons of gorgeous women over 60 who are still just as sexy as ever.