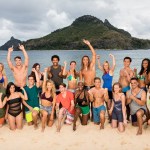 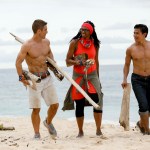 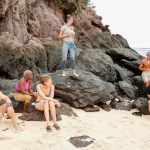 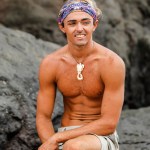 After getting eliminated on ‘Survivor,’ Brendan tells us how he figured out the votes were coming his way. So, why did Michael use the immunity idol on Stephanie instead? We have all this scoop & much more!

Brendan Shapiro was the fourth castaway voted out on Survivor: Ghost Island, and it all came down to how the tribes shook out during the swap. After the switch-up last week, the new Malolo tribe included five former Naviti players (Desiree, Kellyn, Bradley, Sebastian and Chelsea) and four former Malolos (Brendan, Michael, Jenna and Stephanie). The Naviti five stayed strong, but Brendan and his crew had a special secret in their back pockets — Michael’s hidden immunity idol. Unfortunately, they only had a one in four chance of using the idol correctly, and when Michael played it for Stephanie, Brendan was sent home, as all five Navitis voted for him.

“They showed in the edit that I was talking to Mike [on the beach] and I said it was coming at me. I just had a sense because the Naviti people were being a little too obvious with hinting that it might be Stephanie,” Brendan tells HollywoodLife EXCLUSIVELY. “Then, about an hour or two before tribal, I was having a conversation with Kellyn, and I told her that the next day was my birthday, and that I knew I was on the wrong side of the numbers, but I didn’t want to leave Survivor on my birthday! We had a good relationship and she had a tear in her eye, and I caught it. I don’t think if she knew I caught her. She kind of brushed it off and went on to talk about something non sequitur.”

Unfortunately, Brendan says, Michael’s gut told him the vote was still going to go Stephanie’s way, which is why he played the idol for her instead. “You’re only seeing a piece of the puzzle, so for him..we have this conversation and I say it’s going to be me, and then I go to the well or to do an interview or something in the time before tribal council, and then he thinks it was Stephanie,” Brendan explains. “So I’m just operating on the assumption that he knows something I don’t and maybe their plan changed. At a certain point, I had to trust that he knows what he’s doing and he saw something or heard something.”

Were you at all confident that one of the former Navitis would flip their vote to your side like you tried to make happen? We hoped for the best. We made a conscious decision and talked about whether or not we should try to win over Sebastian, Chelsea…or anybody really…before heading to tribal, or if we should just throw it at them at the last second. We knew how the prior six days had been going, and that if they had time to think about it and talk about it, there was no way they’d flip.

How did the decision come about to lie and say Michael’s idol would save TWO people? That was totally him! I thought it was a pretty savvy play. It was such a believable lie given the history of the game and that James went out with two idols — it just made sense. He pulled it off really well and I think they believed it. I think it was a good move. He was my closest ally and he was a hell of a player. It didn’t go the way we wanted but I have nothing but respect for his game. I love the guy. He’s a character guy and he’s also just GOOD at it — he’s got all three phases: Strategic, physical and social.

Do you think you made any mistakes in the game or was it bad luck? I wish I could’ve closed out that immunity challenge — I had a chance and I didn’t do it. That’s not a decision, though. At each decision point, I think I made the right decisions. If I could point to one critical decision that would’ve made a huge difference is that Kellyn came to me on that last day and gave me the opportunity to flip to their side and I didn’t do it. Back then I thought…if I flip, I’m going to alienate all the former Malolo people on my beach AND on the other beach. I’ll be at the bottom of both groups. So it might buy me three more days, but I’m not playing for 15th place. I was playing to win. That’s the trick out there — sometimes you have to take bigger risks and I was willing to take that one in four risk for a chance to totally change the game.

What was most surprising to you about being out there rather than just watching on TV? It lives up to the billing. It is as real as it gets. The hunger is real, the exhaustion, the fatigue, the stress of constantly turning ideas over in your head all night and all day — that’s all as real as it seems. So when people seem crazed…it’s because they are. It’s everything you think it is.