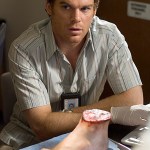 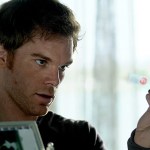 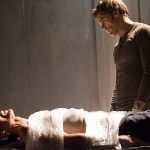 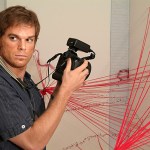 A ‘Dexter’ season nine mockup poster has fans thrilled about the show possibly returning. We’ve got EXCLUSIVE details on how a prequel is in development.

Fans of Showtime’s long running hit Dexter went nuts when a poster for a revamped season nine made the rounds recently. While it turned out to be a fake, it has generated interest in the serial killer show making a return despite coming to a close in 2013.  “Dexter producers are scrambling to capitalize on the latest buzz and excitement surrounding a Dexter return. Due to the certain cast restrictions, some players may be eager to come back while others may be committed to other projects, producers are coming up with creative ideas to satisfy fans using the characters that are available,” a TV industry source tells HollywoodLife.com EXCLUSIVELY.

Even if the remaining original cast members can’t get together, we could be getting a look at how Dexter Morgan ended up as a blood platter expert for the Miami Metro P.D. in a prequel to the original series. “A Dexter prequel series is now in development, which may include a younger Dexter with more of a back story as well as some spinoff series with other major characters,” our insider adds. We saw through flashbacks that Dexter’s adoptive dad Harry Morgan saw his son’s urge to kill early on and trained him under the “Code of Harry” to harness his homicidal ways to be a vigilante and only kill bad guys. There’s definitely plenty of stories to be mined from that. See pics from Dexter seasons one through eight here.

SPOILER ALERT! The show ended with the title character faking his own death in a boating accident and leaving Miami, ended up in what looked like a logging camp in the Pacific Northwest. So Dexter is still out there in this world, possibly continuing his serial killing ways to dispatch bad guys who have escaped justice. The finale left a lot of fan let down, so a revival would be a shot at redemption. Michael C. Hall who played the title character, left the door open about the prospect, telling Entertainment Weekly on  Dec. 8, 2017: “I don’t think it’s quite time. But it’s a conversation that continues at its own pace.”