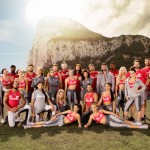 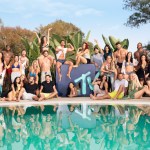 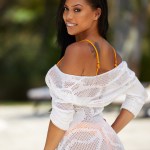 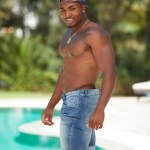 After his elimination from ‘The Challenge: Vendettas,’ Shane spills the tea on Bananas’ manipulative game, why he called Kyle out for being ‘fake’ and much more!

Johnny Bananas is more in control than ever on this season of The Challenge, and seems to consistently be in a position of power [The Troika] week after week. Well, there’s a reason for that! We caught up with Shane after his elimination on the Feb. 13 episode, and he explained how Bananas has been able to manipulate the game the way he has. “The Troika weren’t only making the decisions on eliminations, but going into challenges — and they showed very little of this — they were making the order and teams of all the challenges,” Shane told HollywoodLife EXCLUSIVELY. “It looks random on TV, but they were making the teams to make sure they got the power again and again and again. At a certain point, if you don’t have a lot of alliances like me, and no one in my alliance can get in, I’m f***ing screwed.”

This week, Bananas tried to take some of the attention off of himself by having his team nominate Tony, Nicole and Kyle for the Troika instead, but Shane teased that he’ll find that to be a “huge mistake” in the upcoming episode! He also explained that the reason Bananas was able to control the decision of who would be in the Troika this time around is because they actually agreed on it as a team beforehand — that part just didn’t air. Unfortunately, it ended up not working out in Shane’s favor, as Nicole was one of his vendettas and had him sent into the Ring to go up against Jordan. “We really dislike each other,” Shane confirmed, regarding his beef with Nicole. “It was poor gameplay of me. I should’ve spoken up. Well, I did speak up, you just didn’t see it on the episode. Me and Nicole went at it — I didn’t just roll over! But after our argument, I was like…this is pointless. I needed to start thinking about how I was going to win instead.”

Speaking of drama, Shane found himself at the center of some new beef with fellow Challenge:Vendettas star, Kyle, on Twitter over the weekend. In a drunken Twitter rant, Shane exposed Kyle for having a hair transplant, and called him out for flirting with Sylvia while hooking up with Cara Maria all season long. So, what happened?

You've never seen an episode of The Challenge like this before… Don't miss it next Tuesday at 9/8c! 👀 #TheChallengeVendettas pic.twitter.com/7XL1f4viN8

“I have a hard time with betrayal,” Shane admitted. “Coming from someone who was divorced and left in the middle of the night by my husband of 11 years, it was trigger for me. Not that it excuses it, but watching Kyle on television vs. Kyle in the house…he’s a completely different person. So for me, it’s just fake. It’s fake and it’s annoying.” Shane added that he thought Kyle was his friend, but when he saw the British reality star talking s*** about him and Marie when the show aired…he snapped. “I was f***ing livid over [what he said about Marie],” Shane said. “So I decided to blow up his spot and expose him as fake in the most physical way that I could, which was post pictures of the fake things he did to himself. Am I OK with it? No. But I can justify it a little bit.”

HollywoodLifers, who do you think will win The Challenge: Vendettas?