1. Griselda Blanco was a Colombian drug lord. Griselda started trafficking cocaine at an early age, according to the Biography.com website. She helped get large quantities of Colombian cocaine into the United States. She soon rose to the top ranks of the infamous Medellín Cartel. She earned nicknames like “Cocaine Godmother,” “Queen of Cocaine,” and “Black Widow.”

2. She spent nearly 2 decades in prison. In the 1970s, Griselda gained immense power running a massive narcotics ring. The DEA opened an investigation called “Operation Banshee” to catch Griselda. Police were able to indict Griselda and more than 30 of her partners on federal drug conspiracy charges in 1975, but Griselda had already fled to Colombia. She later returned to Miami and was captured by DEA agents in Feb. 1985. She was convicted of one count of conspiracy to manufacture, import into the United States, and distribute cocaine. She was sentenced to 15 years behind bars. While behind bars, Griselda was taken back to Miami on three murder charges in 1994. However, the case was eventually thrown out after the prosecution’s star witness, Jorge “Rivi” Ayala, was involved in a sex scandal with a secretary in the Florida State Attorney’s Office. Later, Griselda pleaded guilty to the three murders and cut a 10-year sentence with prosecutors. She was released and deported back to Colombia in 2004.

3. Her husbands suffered terrible fates. She had her first husband, Carlos Trujillo, allegedly murdered over a “business dispute” after their divorce, according to Latina. She killed her second husband, Alberto Bravo, in a nightclub parking lot in the 1970s. She also had her third husband, Dario Sepulveda, killed in 1983. 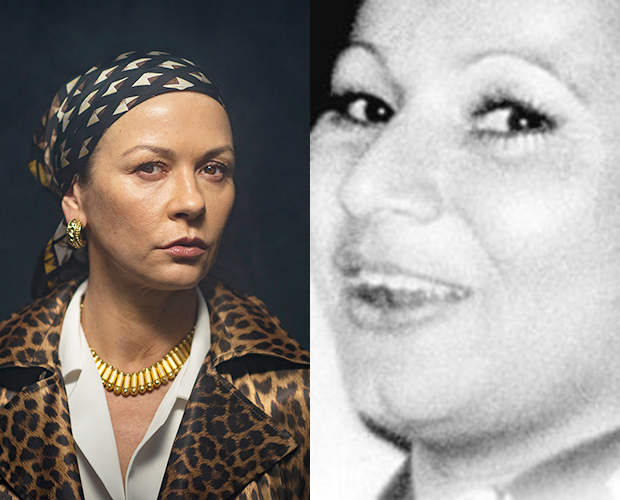 HollywoodLifers, are you going to watch Cocaine Godmother? Let us know!