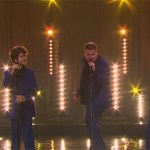 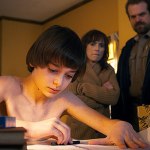 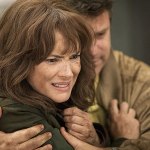 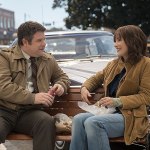 Aw! ‘Stranger Things’ fans fell in love with the father/daughter relationship that developed between Jim Hopper and Eleven in Season 2, and now, David Harbour tells us that his paternal side is present off-screen too in an EXCLUSIVE interview!

Fans melted as David Harbour won Best Supporting Actor in a Drama Series at the Critics’ Choice Awards on Jan. 11, not just because it was an honor overdue, but because the man who plays Jim Hopper on Stranger Things dedicated his speech to his work with young co-star Millie Bobby Brown.  In an ode to their powerful father/daughter relationship on-screen, David called Millie ‘gifted’ and ‘incomparable,’ but had much more to say about her after he left the stage. Speaking to HollywoodLife EXCLUSIVELY, he shared just how much he’s learned and taken from working with Millie on the last season of Stranger Things.

“Millie, what I get from her is very personal,” David shared backstage at the Critics’ Choice Awards. “I have never had a daughter. I don’t have children, so what I get from her is this feeling of being a father … this protective feeling of love, of a protective love that isn’t romantic love and I rarely feel that in my my life for things other than cats. So, to feel it for a young human being, to be that protective, that loving to someone is very special, so she gives me that piece of me which is very special!”  Are you tearing up yet? Ok, fine — there’s more!

When asked about Millie’s future, which already looks so bright considering the success of the show and the recent announcement that she, at just 13, will be starring and producing in the film adaptation of The Enola Holmes Mysteries books, David admitted that she has the kind of path ahead of her that most artist’s could only dream — but he still has fatherly concerns. “She has the potential to go very far,” David shared, “ My hope with Millie has and is always that she will be an artist that when I am in the nursing home, she will bring me her Oscars. But, I feel like the pitfalls are very deep in terms of this generation; this fame, this Instagram generation of constantly wanting to get likes… I never really grew up with that and the fact that there is somebody with eleven million followers or something like, that’s thinking about their persona to the world at thirteen or fourteen years of age is terrifying to me.”

Ah, the dangers of social media. A minefield for any parent looking out for their kid. Still, David admits that while there are added pressures for Millie and the rest of the young cast, there is also opportunity to become great artists in their craft. “I know she has tremendous potential and my hope is that she can remain grounded and protected as much as possible […] Because I do want her to become Meryl Streep!”  Don’t we all, David. Don’t we all!  Hey, maybe this is why she vowed that Eleven would save Hopper over Mike if it came down to a Sophie’s Choice situation!

HollywoodLifers, how much do you love their strong bond? Doesn’t it make you wish Stranger Things season 3 would happen RIGHT NOW.