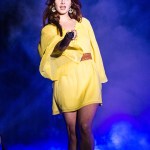 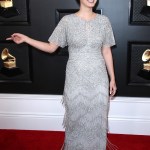 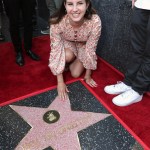 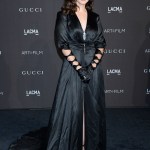 Shots fired! Lana Del Rey dragged her ex-boyfriend G-Eazy during her performance of ‘White Mustang’ on her tour without missing a beat. Watch!

Lana Del Rey, 32, delivered some excellent shade towards her ex G-Eazy, 28, on Jan. 7, and fans are absolutely living for it. While performing her song “White Mustang,” which is reportedly about the rapper, Lana changed the line, “Couldn’t stop the way I was feeling the day your record dropped,” to say “his” record, and added: “AND IT WASN’T EVEN THAT GOOD!” Ohh, yes, she did. Watch the clip from the Pepsi Center in Denver, CO, via the Lanapedia Twitter account, above!

Obviously, G-Eazy has moved on with Halsey, and it probably won’t be long before Halsey’s fans take notice of LDR’s insult. For now, the “Summertime Sadness” singer’s stans are rallying behind her. “I didn’t know I needed this until now,” one fan tweeted. “2018 lana is soooo savage and im digging ittt,” another agreed. See photos from Lana’s “White Mustang” video here.

Here’s a bit of bonus shade against Radiohead, who’s suing her for copyright. Lana throws the lines “been trying to get by on only one hit song” and “like my copyrights” into “Pretty When You Cry.” Not a bad way to kick off one’s tour:

LA To The Moon Dates

HollywoodLifers, is this the most iconic thing Lana has ever done? There are wrong answers.