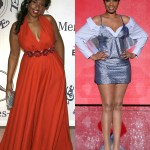 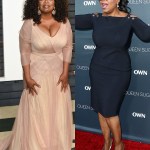 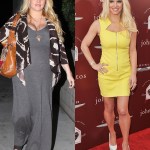 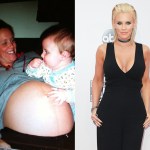 DJ Khaled, 42, is excited for his weight loss journey with Weight Watchers, but he isn’t the first celeb to rep the brand. Jennifer Hudson, 36, Oprah Winfrey, 63, Jessica Simpson, 37, and more stars have all sworn by the program’s ability to help them with eating healthier and losing weight. While they joined at different times and for different reasons, these stars have all spoken out about the positive changes the program has had on their lives.

Jennifer first joined the company in 2010, and spent four years as a spokesperson for the brand. In Nov. 2012, she revealed to Redbook that she was at the weight she wanted to be at, after dropping more than 80 pounds. Oprah, meanwhile, joined the company in August 2015, and is still working with the brand. In a 2016 commercial, she admitted that she’s lost over 40 pounds since starting the diet plan, which she serves as both investor and spokesperson for. The program has helped her with her hyperthyroidism, which is a condition that impacts the way the body metabolizes food. “I’m eating everything I love — tacos, pasta. I’ve never felt deprived,” she said in the commercial.

Oprah isn’t the only celeb who learned how to make healthier eating choices with the diet plan. When Tina Fey, 47, was 29, she joined the program, which taught her how to make decisions that were better for her body than her previous food habits. “That’s when I learned how to eat properly for the first time,” the 30 Rock actress told Women’s Health in 2007. “Before, I used to be one of those people who wouldn’t eat anything all day, then eat a piece of cake at 4 p.m., McDonald’s at 10 p.m., and then go to bed.”

We’re excited to see what DJ Khaled does as the newest social media and brand ambassador for Weight Watchers and their Freestyle program — especially since the program has been successful for plenty of other stars. Click through the gallery above to see all the A-List transformations that came about with the help of WW!

HollywoodLifers, what are your thoughts on celebs using Weight Watchers?