Having a baby is no joke, but these 11 Victoria’s Secret angels made doing it look completely effortless! Not only that, but they bounced back incredibly fast, flaunting their impressive post-baby bods without missing a beat. Some of these models even rocked the VS runway just ONE month after giving birth — we’re looking at you, Heidi Klum, 44! More recently, Candice Swanepoel, 29, opened the Victoria’s Secret fashion show on Nov. 20 only 13 months after welcoming her first child, son Anaca in October 2016. And obviously she looked red hot!

Candice flaunted her post-baby abs in lacy lingerie as she hit the VS runway, and she totally could have fooled us that she was pregnant just last year! She’s not the only one who’s bounced back fast though. Heidi welcomed her baby Lou Sulola Samuel in October 2009, and then proceeded to make an appearance on the Victoria’s Secret runway just one month later in November. Talk about an epic way of making your runway return! Click here to see pics of celeb moms’ abs after giving birth.

Behati Prinsloo, 28, gave birth last year to daughter Dusty Rose Levine, 14 months, and she too got her pre-baby figure back almost instantly. However, she had to miss this year’s VS show once again due to being pregnant with her second child ALREADY! Maybe next year she’ll be back on that VS stage. Miranda Kerr, 34, who’s currently pregnant with baby number two, took about a year off after the birth of her son Flynn Christopher Bloom, 6, before returning for the Victoria’s Secret show back in 2011. When she did make her comeback though, there was no trace that the model had had a baby at all. Check out more amazing bounce-back pics in the gallery above! 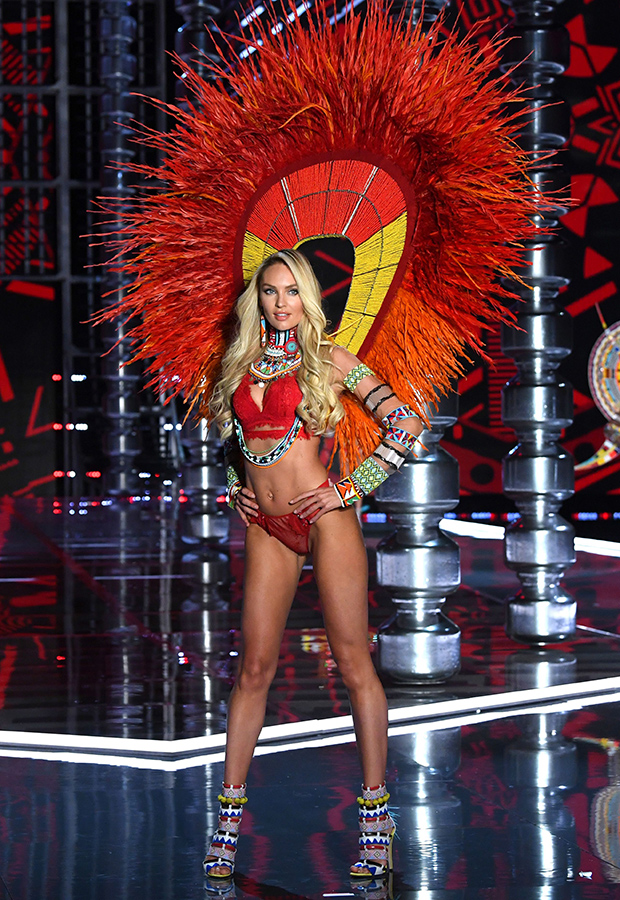 Tell us, HollywoodLifers — can you believe how amazing these model moms look after giving birth?