The supermodels all looked flawless while strutting down the runway in lingerie at the Victoria’s Secret Fashion Show in Shanghai on Nov. 20, and they continued to bring the sexy at the after-party! After putting on an epic show, the ladies changed into stunning dresses to walk the pink carpet, and you can check out all their evening looks here. One of the first models to hit the after-party was Jasmine Tookes, who put her amazing bod on full display in a super tiny, deep red dress with majorly plunging neckline, allowing her to show off major cleavage. And how about those LEGS?!

Georgina Fowler also stunned on the carpet — she showed a ton of skin by wearing a sparkling ensemble, which featured a bra on one side and a wrap dress on the other. Meanwhile, Josephine Skriver looked like the ultimate ice princess in a pale blue, Zuhair Murad dress, which featured sheer paneling down the middle and a short hemline, which put her legs front and center. Hey, these ladies worked HARD for these VS Show bodies, so we don’t blame them for wanting to show ’em off during the after-party!

There are plenty more where these came from — click through the gallery above to check out after-party looks from Bella Hadid, Karlie Kloss, Stella Maxwell and more. Plus, see all the celebrities who attended the event, as well. The Victoria’s Secret Fashion Show airs Nov. 28 at 10:00 p.m. on CBS. 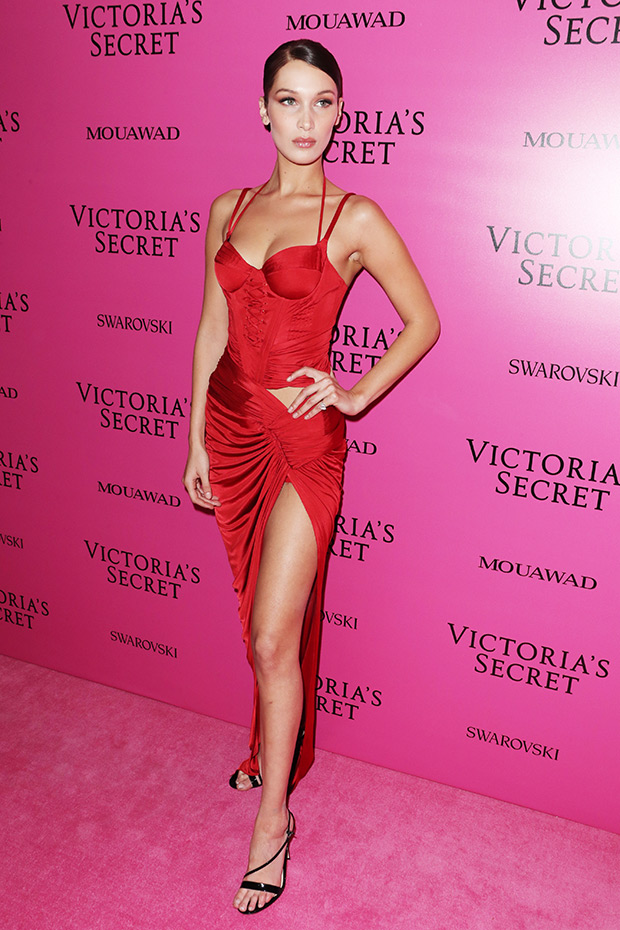 HollywoodLifers, what did you think of the model’s looks at this year’s VS Fashion Show?!