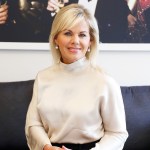 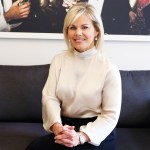 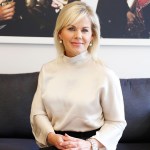 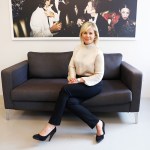 Gretchen Carlson is energized by the brave women who have revealed their alleged sex abuse at the hands of Harvey Weinstein. ‘I’m optimistic’ that women ‘can rock the world,’ she told HollywoodLife.com.

When Gretchen Carlson filed a sexual harassment suit against Roger Ailes, the uber powerful chairman of Fox News on July 6, 2016, jaws dropped. She had been a longtime co-anchor of the network’s popular Fox & Friends morning show and then the star of her own afternoon program, The Real Story With Gretchen Carlson. When her contract was surprisingly and suddenly not renewed in 2016, she realized that the time had come to gather her courage and not just leave the network silently, but to expose the sexual harassment by Ailes that she had put up with for years. While many, many observers didn’t think she had a chance to prevail against Ailes, who had ruled Fox News with an iron fist for almost 20 years, Gretchen won a $20 million settlement and Ailes was forced out of the network on July 21, 2016 — three weeks later.

Now, Carlson,is the author of the new book Be Fierce: Stop Harassment and Take Your Power Back. She tells HollywoodLife.com in an exclusive interview that the over 30 women who have told their stories of alleged sexual abuse at the hands of the Weinstein Company co-chairman Harvey Weinstein have “really made me realize that the last 15 months of all my hard work and effort to raise awareness about the sexual harassment issue and what needs to be done to change it, has been so worth it.” She added, “More and more women are becoming brave and courageous and coming forward and they’re saying we’re not going to take this you-know-what anymore because we’re just not.” “One of my favorite quotes is ‘One woman can make a difference, but together, we can rock the world,’ and that’s what we’re seeing happening right now. I’m incredibly optimistic.” Listen to our full podcast with Gretchen here.

Carlson is thrilled to see that her “initial courage of doing what I did is now giving women so much more courage to do exactly the same thing.” And courage is exactly what Carlson had to have to call out the powerful Roger Ailes, who later died on May 18, 2017, knowing that she might never work as a TV journalist — a career she loved — ever again. It was that exact same fear — having their acting careers ruined — that kept so many young actresses silent about Harvey Weinstein’s alleged rapes, fondling, and masturbating in front of them, for up to 25 years. They thought they’d “never work in this town (Hollywood) again.” Gretchen, 51, made the tough decision to go public and sue after Ailes had told her they should have “a sexual relationship,” asked her to turn around so he could “view her posterior,” and advised her to wear outfits that “enhanced her figure” and told her she was “sexy.”

“I decided that I needed to improve the situation for future generations and for other women who were experiencing what I had in different areas, in different places of employment. I really didn’t want future generations to face the same indignities,” she explained. That’s why it’s so gratifying for Carlson to see women in Hollywood finally speaking up about what they allegedly endured at the hands of Harvey Weinstein, one of the most powerful movie and TV producers in Hollywood — a man who had the ability to easily make or break their careers.

“Here’s the impossible situation for those women. All they wanted was to have a job. All they wanted to do was get an interview with Harvey Weinstein to be in a movie or get a different kind of role. They were at work,” empathizes Carlson. “They were trying to be professional and all of a sudden, you’re put in that kind of situation as a young person. You want to get ahead in your career, right? It’s allegedly a power, power grab.”

Young actresses like Rose McGowan, Mira Sorvino, Gwyneth Paltrow, Cara Delevingne, Angie Everhart and more have now alleged they were lured to empty restaurants and hotel suites, where they claim Weinstein attempted to force himself on them or exposed himself or masturbated in front of them. Carlson calls sexual harassment and abuse “really about sick power.” And harassment doesn’t have to be as severe as attempted rape, it can also be men at work who make lewd comments to you or casually brush against your body or who repeatedly make sexual jokes around you, repeatedly ask you out and don’t take “no for an answer.”

If any of this is happening to you, though, she stresses that you shouldn’t just get so fed up one day that you go unprepared to your company’s Human Resources department to complain. You need to have a plan, explains Carlson. “You have no evidence, and we still live in an era where you’re not going to be believed. It’s he said, she said. Unfortunately, there will be more attention paid to protecting the harasser than helping the victim.”

Here’s what Carlson and her attorney, Nancy Erika Smith from the Smith Mullin law firm, told HollywoodLife.com about what to do if you are ready to report sexual harassment at your company.

1. Get a lawyer & get advice. Try the National Employment Lawyer’s Association (NELA) or BetterBrave.com. Most lawyers will work on a contingency basis, so you will only pay them from a settlement amount you receive. Advice from a lawyer is important because you need to know your rights before you make a complaint and, if possible, you should try to have your lawyer go with you to your HR meeting. Remember, the HR department works for the company, not for you.

2. Keep written records of every instance of sexual harassment, including dates. Keep your records at home and not on a company device.

3. Tell friends and family what has happened. You’re going to need witnesses.

Gretchen has a 12-point plan on what to do if you are a victim of sexual harassment and abuse in her new book, Be Fierce: Stop Harassment and Take Your Power Back, out October 17. Here’s what you need to remember if you are a victim — You didn’t ask for it, and you don’t need to take it. “You feel like all the self-confidence that you’ve built up in your life and your smarts and your talents and your brain, it just completely drains out of you when an experience like this happens,” Carlson says. But, she is confident that “the time is now for women, more than ever, to have a voice and to say, ‘We’re not going to put up with that,’ and look what’s happening. It’s working.”

We sure hope so. HollywoodLifers, have you been a victim of sexual assault or harassment? What did you do? Let me know.