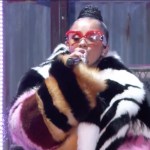 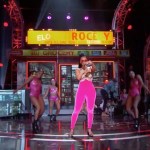 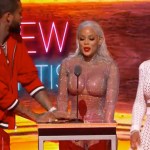 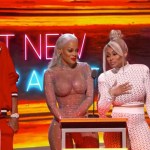 Kid Rock is an avid Donald Trump supporter, so when fellow Michigan man, Eminem, slammed the president, Twitter blew up with potential scenarios for these two stars to throw down — including the face for Senate!

The fans have spoken — and they really want to see a battle go down between Donald Trump supporter, Kid Rock, and Donald Trump hater, Eminem, who both happen to be from Michigan. Em made a surprise appearance at the BET Hip-Hop Awards, which aired Oct. 10, and spit a freestyle verse completely dissing the president. Fans immediately made a connection between the rapper and Kid Rock, who avidly supports Trump, and begged for some sort of confrontation between the two stars. While some simply suggested a rap battle, many fans came up with an even better idea: Why doesn’t Eminem take on Kid Rock in Michigan’s 2018 Senate Race?!

Over the summer, Kid Rock began expressing interest in gunning for the Republican nomination for his state’s Senate seat in 2018. He has not officially entered the race, but it certainly seems to be becoming more than just a pipe dream. After Eminem’s freestyle, fans began discussing how the 44-year-old should also run, and dreamed up scenarios about how epic the debates between the two would be. Of course, Eminem hasn’t actually shown any intent to go up against the pop star, but we can dream, right?!

In his ranting freestyle, Em said that Trump will likely cause a “nuclear holocaust,” and went off about how racism is the “only thing he’s good for.” Oh, and of course, he couldn’t end the verse without hilariously calling Trump “orange!” Check out the fan comments that blew up Twitter after his performance here:

Who else is anxiously awaiting the inevitable political rap battle between @Eminem and @KidRock? #DetroitvsDetroit

Eminem should run against Kid Rock for the Senate and win.

If kid rock really runs for senate, I hope @Eminem challenges him.

HollywoodLifers, who do you think would win a Senate race between Eminem and Kid Rock? Do you think Eminem would ever run?