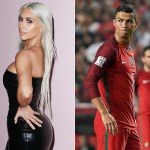 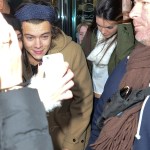 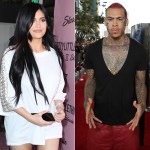 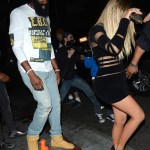 The Kardashian and Jenner women are irresistible to most men. It’s a fact. But some moments in their hookup histories are still too shocking to believe — like Kourtney and Justin Bieber, and Kim and Nick Cannon!

Look, we all have hookups we’d like to forget. In a city like Los Angeles where news moves so fast, and our attention spans are so short, it’s easy to dismiss classic mistakes like an awkward one-night stand or a tipsy make-out session. Unfortunately for the Kardashian and Jenner ladies, HollywoodLife.com is here to remind you of all those moments! We’ve dedicated an entire gallery to the hookups you may not remember, like Kim Kardashian and Austin Miles, and Khloe Kardashian and Odell Beckham Jr.. Or maybe that was just a rumor?

The Kardashian/Jenner women are plagued with a new romance rumor every single day, so it’s hard to tell what’s real and what’s fake. But for ol’ times sake, let’s go through the list anyway. Before Kim was a loving mother-of-almost-three with Kanye West, she was linked to Gabriel Aubrey in 2010, Cristiano Ronaldo that same year, and even 50 Cent in 2008. My, how time flies! As for her sisters, Khloe has been linked to maaaaaaany basketball stars — Rashad McCants, James Harden, Lamar Odom (duh, they were married) and now Tristan Thompson.

It’s pretty obvious that the Good American designer has a type, which is more than we can say for Kourtney Kardashian. Her alleged hookups are all over the place, from Justin Bieber to Taj Jackson. Yes, the guy from Jackson 5. The mother-of-three has never confirmed her Justin fling, but multiple pictures show them hanging out at the same venues together. They even attend the same church on Sundays! She also reportedly dated Taryll Jackson from 1999 – 2004.

Things get even MORE complicated when you bring Kendall and Kylie Jenner into the mix. The supermodel and Vogue covergirl has been linked to A$AP Rocky, Jordan Clarkson, Harry Styles, high school sweetheart Julian Brooks, and entrepreneur Ryan Nassif. Youngest sibling Kylie seems to migrate towards rappers, including InkMonstarr, Stitches, PARTYNEXTDOOR, Tyga, and now alleged baby daddy Travis Scott. Can you really keep up with the Kardashians? Probs not.

HollywoodLifers, can you remember all the Kardashian/Jenner hookups? Comment below!