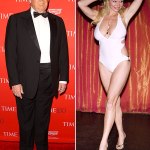 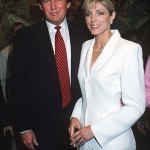 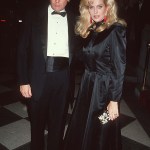 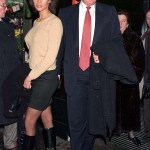 The first Mrs. Trump and the First Lady are in a major feud right now, and there’s no sign of stopping. Learn more about Ivana Trump and her history with Donald, here!

Czech fashion model Ivana Trump (née Zelníčková), 68, moved to New York City in 1975 to promote the Montreal Olympics. There, she met real estate giant Donald Trump, 71, whom she married in 1977. The Trumps had three children together: Ivana, Eric, and Donald Trump Jr. Ivana and Donald were popular NYC society figures throughout the 1980s as they worked on major real estate projects (more on that below) and partied with celebrities. Their fairytale marriage started to crumble in 1990.

Rumors that Donald was having an affair with former beauty queen Marla Maples, 53, proved to be true, and Ivana and Donald divorced in 1991. Ivana went on to marry and divorce twice more. She wrote an memoir in 2017, after Donald became President of the United States, called Raising Trump, about her life taking care of their children. That sparked a feud with his current wife, First Lady Melania Trump, 47, whose aide called Ivana an “attention seeker.” Ivana had also called herself “first lady” since she was Donald’s first wife.

2. She accused Donald of sexual assault

After Donald called Mexicans “rapists” at the beginning of his presidential campaign in 2015, a 1989 rape accusation resurfaced. Ivana claimed that Donald allegedly violently sexually assaulted her during their marriage, though later clarified “not in the criminal sense.” The horrifying, alleged assault was described in the 1993 book The Lost Tycoon: Donald allegedly pinned Ivana down and ripped out chunks of her hair while allegedly forcing her to have sex. He apparently blamed her for painful scalp surgery done by a plastic surgeon she recommended. He was never charged with anything, and she has openly praised him in the years since.

3. She was Vice President of Interior Design at the Trump Organization

After the divorce, Ivana started her own business ventures. She developed fashion and jewelry lines, wrote an advice column for Globe (Ask Ivana), and launched a lifestyle magazine in 1999 called Ivana’s Living in Style (since defunct). She’s written several books, including the new Raising Trump, and appeared on several reality shows, including Ivana Young Man and Celebrity Big Brother UK.

After her first marriage to Alfred Winklmayr in 1971 ended, she moved to Montreal and soon became a model for fur companies. Her career flourished throughout the 1970s and 1980s.

5. She was (maybe?) on the Czechoslovak Olympic skiing team

Ivana claims that she was an alternate on the Czechoslovak skiing team at the 1972 Sapporo Winter Olympics, specializing in downhill and slalom. However, this may not be true, bizarrely. Petr Pomezný, Secretary General of theCzechoslovak Olympic Committee, said in 1989, “”Who is this Ivana woman, and why do people keep calling us about her? We have searched so many times and have consulted many, many people, and there is no such girl in our records.”

HollywoodLifers, did you learn something new about Ivana Trump? Let us know!