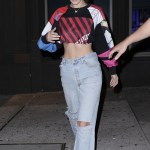 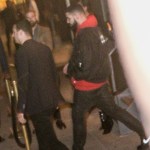 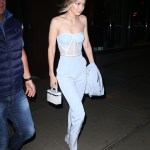 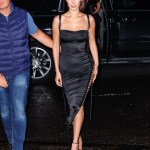 We’re totally rooting for Bella Hadid and Drake as a couple now that HollywoodLife.com has EXCLUSIVELY learned they ‘were incredibly close’ throughout her entire b-day party on Oct. 9!

“Drake wanted to show Bella [Hadid] an awesome time and he did so with this amazing birthday party. She was super smitten when she saw him from across the room. He and Bella were incredibly close at the club and he held her closely while they lounged in his VIP section. They didn’t leave each other’s side the entire night and even danced together to some of The Weeknd‘s songs when they were played. Their chemistry has always been great and Drake is very supportive of everything she is doing,” a source at Cipriani Downtown — where the party was held — tells HollywoodLife.com  EXCLUSIVELY.

OMG! It sounds like they were attached at the hip! And to be dancing to her ex’s music? Bella, 21, must REALLY like Drake, 30. It also seems as though the feelings are mutual because as we previously told you, not only did Drake attend Bella’s 21st birthday party in New York City — reigniting rumors from back in June that they may be dating — but he also was the one who THREW HER THE PARTY, according to Us Weekly. At the end of the night, the rapper was pictured trying to make a quick exit from the venue, but he wasn’t fast enough, and the paparazzi caught him. And now that we have details about their romantic night together, we can start shipping this potential couple again! Isn’t this so exciting?!

In case you’re unaware, Drake and Bella have a bit of history, so it’s not surprising that he threw her a birthday party and is very fond of her (she’s also incredibly gorgeous, so…). Drake has been longtime friends with The Weeknd, so he obviously got to know Bella more while she was dating Selena Gomez‘s current beau. Also, Bella and Drake both attended a party at The Nice Guy in LA in June, and that’s when the romance rumors first started. We love that they were spotted together again on Oct. 9, but we just hope we don’t have to wait another 4 months until their next get together!

HollywoodLifers, are YOU a fan of Bella Hadid dating Drake? Would you support their relationship? And how do you feel about them dancing to her ex’s music? Tell us below!