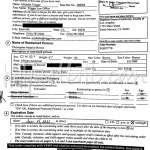 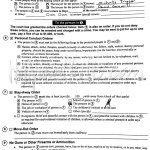 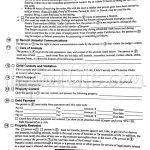 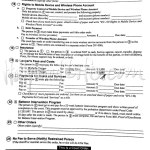 Chris Brown may have just promised to have sex with a bunch of his ex’s friends, but Karrueche Tran says he’s crazy if he thinks her friends would ever even entertain the idea of getting naked with him.

Have you heard Chris Brown‘s new song yet? You know, the one where he basically promises to have sex with a bunch of his ex’s friends? Chris, 28, doesn’t exactly say which ex he’s referring to during his verse in A Boogie Wit Da Hoodie‘s new song, “F*cking & Kissing,” but if we had to venture a guess, we’d say he’s either talking about Rihanna or Karrueche Tran, both 29. “Would I be trippin’ if I DM your friends and f*ck all your b*tches?,” he asks in the song. So… would either of their friends actually hook up with Chris? Karrueche’s wouldn’t. In fact, she’s “laughing” at Chris’s new song, HollywoodLife.com has EXCLUSIVELY learned. See more pics of Chris here!
“Karrueche is laughing at Chris’s new song and her friends won’t stop texting her about it. She doesn’t know for certain if he is really talking about her, but she still feels like Chris is trippin’ if he thinks he can slip into her friends’ DMs and hook up with them. Karrueche feels like Chris can try if he wants, but none of her friends would ever even respond,” a source close to Karrueche tells HollywoodLife.com EXCLUSIVELY. “Karrueche’s girls have loyalty and that is why they are friends. They would never sleep with Chris, not after what he put Karrueche through. Her group of girlfriends is small, tight and none of them would ever break girl code,” our source adds.
It looks like Chris isn’t going to have any luck hooking up with Karrueche’s friends. In case you haven’t heard the song yet, check out more of Chris’ verse from “F*cking & Kissing,” below:

You say I’m trippin’ but they the ones with it
I thought it was love
‘Til you went out tellin’ our business
Lyin’ when you know you did it
Cryin’ but don’t see no tears
I guess we really all guilty
Fake friends all circle around me
You wanna show everybody
‘Round me how I plead
Plead the truth, I’ma set you free

HollywoodLifers, would YOU ever break girl code to have sex with your friend’s ex? Tell us below!