Emma Stone and Steve Carrell tell one of the greatest professional tennis stories of all time in their new movie, Battle of the Sexes, which hits theaters on Sept. 22. The actors play Billie Jean King and Bobby Riggs, who famously played in the 1973 man vs. woman matchup when they were 29 and 55, respectively. The movie follows the tennis pros in the dramatic lead-up to the match, through [SPOILER ALERT] Billie Jean’s incredible win, which is considered one of the biggest milestones in getting women’s tennis to be taken seriously. There’s so much more to Billie than just this one match, though, and you can get to know her better here!

1. Tennis actually wasn’t her first sport. Billie Jean King grew up in Long Beach, California with an athletic family. Before taking up tennis when she was 11, she actually played baseball, and was on teams with girls much older than her. However, in hopes of playing a more “ladylike” sport, Billie Jean switched her focus to tennis, and played in her first Grand Slam when he was just 15 years old. Although she lost, it was the first step in an illustrious career, and Billie Jean began competing at higher levels fairly quickly.

2. She has an impressive winning record. Billie Jean’s prime tennis years were from 1966 until 1975. During that time, she won 32 of 39 Grand Slams, which included 12 singles titles — Six at Wimbledon, four at the U.S. Open, one at the French Open and one at the Australian Open.

3. She’s been given a number of impressive awards. Billie Jean got her first big honor in 1967, when she was named the Associated Press’ Female Athlete of the Year. She became the first woman to be named Sports Illustrated’ Sportsman of the Year in 1972. In 1987, she was inducted into the International Tennis Hall of Fame, and in 1999, she was given the Arthur Ashe Courage Award at the ESPYS. 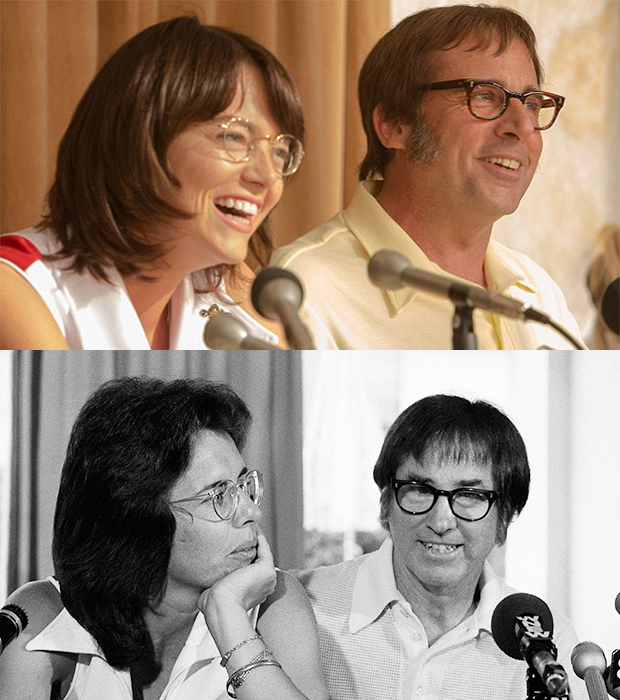 4. Her personal life has been very publicized. Billie Jean got engaged to her future husband, tennis star Larry King, in 1964, and they were married by September of the next year. However, in 1981, she was outed as gay by her secretary, Marilyn Barnett, who filed a palimony lawsuit against her and revealed the women had an affair from 1972-1979. With Larry’s support, Billie Jean publicly came out as gay and confirmed the affair, which was over by that time. She and Larry divorced in 1987.

5. She’s been a pioneer for women in tennis. Aside from just garnering acceptance for women’s tennis, Billie Jean has also been an advocate in furthering the profession for females, in general. She viciously campaigned for better pay, and in 1973, the U.S. Open became the first tournament to give the men’s and women’s winners an equal prize. Billie Jean also runs the Billie Jean King International Women’s Sports Center, which is a hall of fame for women sports.

HollywoodLifers, do you think Emma was a good person to cast as Billie Jean King?