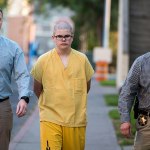 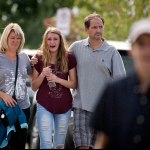 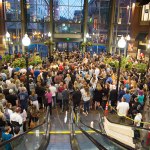 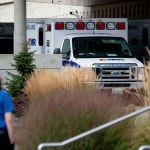 Caleb Sharpe has been identified as the alleged teenage gunman who stormed into his Rockford, WA high school and opened fire on his classmates. We’ve got five things to know about the student who killed one and injured three.

The new school year has just begun and already we have a horrific school shooting on our hands. 15-year-old Caleb Sharpe allegedly took two guns to Freeman High School in Rockford, WA on Sept. 13 and started opening fire. He wounded three female students before killing male student Sam Strahan, who tried to get the firearm away from the teen and ended up getting shot in the head. The situation could have been far worse as one of Caleb’s guns jammed and a heroic school staffer managed to stop him and detain him until the police arrived. He’s now in custody in Spokane County’s juvenile hall, and a motive isn’t yet known. We’ve got five thing to know about Caleb that show there were a lot of red flags with this youth.

1. Caleb was obsessed with guns.

His social media accounts are covered with photos and videos of him shooting everything from pistols to assault rifles. He loved to show off his shooting skills in YouTube.com videos. He had access to plenty of weapons, two of which he brought to school to use in the shooting.

2. Caleb hinted to fellow students that he was going to do something alarming and dangerous.

He brought notes to school at the start of the year that claimed he planned to do “something stupid that could get him killed.” Some students were so scared that they alerted school counselors about it.

A friend of his told the media that the teen had been watching documentaries about school shootings at an alarming rate and had even sent Snapchat videos of the shows to friends. Click here for pics from the Freeman High School shooting.

4. Unlike some school shooters, Caleb reportedly wasn’t a victim of bullying.

One classmate said that “He never really seemed like that person who had issues. He was always nice and funny and weird,” and wasn’t bullied by other students.

He can be seen on his social media wearing the same scary makeup of Jared Leto as The Joker in The Suicide Squad. He even died his hair green to match the look. Friends say he was also a fan of the TV show Breaking Bad, about a high school chemistry teacher who morphed into a violent meth making drug lord.

HollywoodLifers, are you shocked that there’s been a shooting so early in the new school year?