Things are getting steamy for Jeremy Meeks and Chloe Green in Israel! They’ve been inseparable all summer long, and now, they’ve taken the romance overseas once again — and they’re already packing on major PDA on the trip.

Jeremy Meeks and Chloe Green cannot get enough of each other! From the moment they touched down in Israel on the morning of Sept. 5, the lovebirds made it clear that they’re a couple, even holding hands and staying close to one another as they made their way through the airport. Then, later in the day, the pair hit the beach in Tel Aviv, and they literally could not keep their hands off each other. Photographers caught them frolicking in the ocean in their bathing suits, wrapping their arms around each other and even making out at one point! CLICK HERE TO SEE THE PHOTOS OF JEREMY AND CHLOE KISSING.

It’s hard to believe that it was just two months ago when Jeremy was busted for cheating on his wife, Melissa Meeks, with Chloe when photos surfaced of the pair getting hot and heavy in Turkey on Fourth of July weekend. Just days later, the “Hot Felon” filed for legal separation from Melissa, and has been flaunting his romance with Chloe ever since. There were even rumors that he proposed last month after she was photographed wearing a giant diamond ring on her left hand! However, Chloe, whose billionaire father owns Topshop, quickly denied the engagement speculation.

Still, the heiress is totally infatuated with her man, and isn’t stopping herself from getting serious with him…even though her parents totally don’t approve. “[Chloe] totally believes she’s in love and that they’re meant to be together,” an insider told HollywoodLife.com EXCLUSIVELY. “She says she’s never felt like this for any other guy before and that she’s beyond happy. She’s convinced that once her parents give him a proper chance that they’ll change their minds and love him, too.” 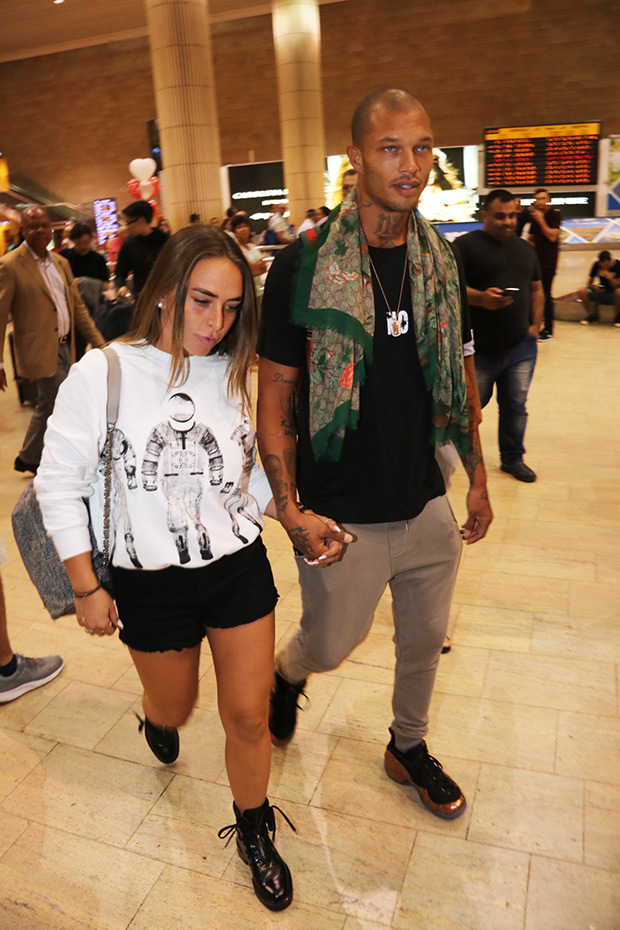 HollywoodLifers, do you think Chloe and Jeremy are going to get engaged sometime soon?