It looks like Kylie Jenner, 20, may have went a little overboard with her beauty look before stepping out to dinner with Kendall Jenner, 21, Jordyn Woods, and more friends on Aug. 15. The reality star seemed almost blinded by the paparazzi’s flashing camera lights as she exited a Los Angeles restaurant with her pals, and when she put her hand up to shield her face, the different shades of her skin were noticeable and quite drastic! We know Kylie loves to change things up with her beauty look constantly, so this could’ve been a case of just wearing too much bronzer. Or perhaps her spray tan or self-tanner regime didn’t settle evenly? Yikes!

Kylie celebrated her 20th birthday last week, and has been spending quite a bit of time with her new man, Travis Scott, 25, recently. However, he wasn’t present for her night out with pals. On this week’s upcoming episode of her show Life of Kylie, the reality star is expected to finally get a bit personal and touch on the status of her romances, which includes a recent breakup from Tyga, 27, and the start of something new with Travis. “[People] have no idea what I’m like in a relationship,” she admits in a sneak peek clip. “[And] what kind of bond I have with somebody else.”

Travis and Kylie have been private on social media about their relationship so far, although they both took to Snapchat to show off the flowers and string orchestra he presented her with on her birthday. He also gave her a sweet necklace with a butterfly charm, which has become a symbol of their relationship. Awww! 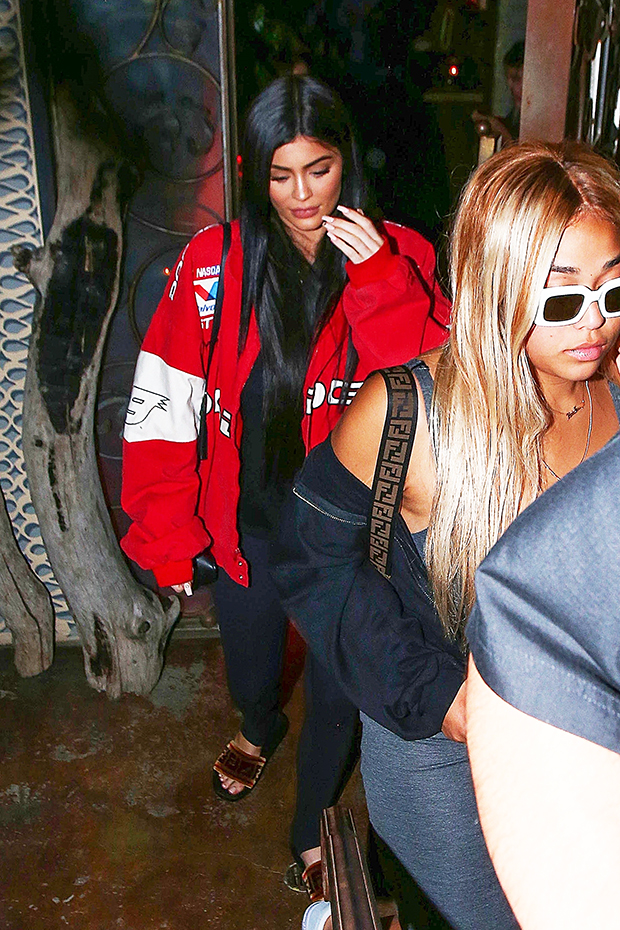 HollywoodLifers, do you think Kylie had a spray tan fail? Or did she just use dark makeup on her face?